Campus security is a serious business. It’s almost impossible to watch the news or scroll through social media these days without spotting a story about violence or hate crimes being perpetrated on school grounds.

According to the Center for Homeland Security and Defense, 97 shooting incidents occurred on K-12 campuses in 2018, up from only 44 in the year prior. The FBI says nearly 280 hate crimes were reported in 2017 to by select campus police departments, up from 257 in 2016.

Having the right security solutions in place to monitor, and ideally deter these types of incidents, is integral. From proper video surveillance to effective visitor management, a number of factors must be considered when securing a school campus.

What better way to gain inspiration than to discover how schools have successfully implemented these various security solutions? Following are five examples that cover all aspects necessary to ace school security.

Auburn University is home to more than 30,000 undergraduate and graduate students and approximately 1,300 faculty members spread out over a nearly three-square-mile campus. Known for its intense and devoted sports culture, the university wanted to make sure it was securing its athletic facilities with an effective, high-tech and convenient security solution.

In 2010, the Atlanta office of Convergint Technologies installed biometric hand-readers in the newly-built Auburn arena. However, it would soon learn the downfalls of using that specific type of biometric solution with athletes.

“We were having tremendous problems with the system, especially with our basketball players, because they have huge hands. We had to have a custom hand reader, but even that wasn’t great,” says Jeff Steele, associate athletic director of facilities and operations, athletic department at Auburn University. 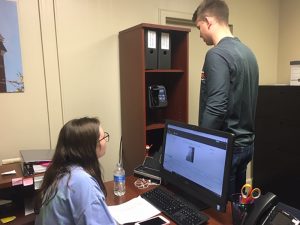 The Princeton Identity iris solution is fully scalable and capable of holding and differentiating between thousands of enrollees.

Student-athletes would also sometimes injure their fingers during practice, causing them to swell. “It would throw the reader off so that it couldn’t identify them. It became such a problem that the student-athletes and coaches started blocking the doors open, which defeats the whole point of having a system in place,” he says.

The university held a focus-group meeting a year later to discuss future planning for safety and security and settled on employing an iris-scan reader after a presentation from Princeton Identity (PI).

As of early 2018, in addition to Auburn Arena, nine additional areas had been added to the system, including the soccer and track buildings and the locker rooms for the men’s and women’s track, baseball, volleyball and soccer teams, as well as the locker rooms of those teams’ coaches.

Access rights are managed through a Lenel OnGuard access control platform, which integrates seamlessly with the PI system.

“When students leave a team or graduate, we just change their permissions and turn off their access. We’ve had some coaches and students leave and then come back a few years later. We haven’t had to re-enroll them. The system still recognizes them because their eyes don’t change. We just reactivate their permissions,” explains Rob Stanford, facilities management technology specialist at Auburn University.

The PI iris solution is fully scalable, capable of holding and differentiating between thousands of enrollees, including students who are on the teams, student trainers and managers, coaches, and others with job functions requiring access to the regulated areas.

The system has a dashboard that displays the status of all the readers on campus, spread across multiple buildings, and can be configured through a single interface for the entire enterprise. Last summer, PI upgraded Auburn to its Identity Software (IDS) that manages the new generation of enrollment and access readers, and also upgraded the enrollment readers to the newest Access200e devices. 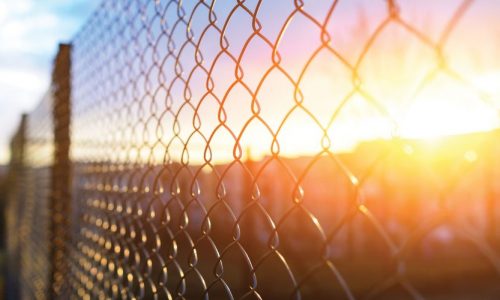 Related: How to Protect a Campus With Proper Perimeter Security

Efficiency and security aren’t the only things these iris readers offer. You can also think of them as a recruiting tool. Steele says that during campus tours for prospective students and their parents, the reaction to the PI system has been overwhelmingly positive.

“Moms and dads are the most impressed with it — especially if they are parents of female student-athletes. They can see that it’s a much stronger system than key or card access.”

Florida Atlantic University (FAU) needed to secure a new building that is part of the Charles E. Schmidt College of Medicine, a facility which houses research, administration and a medical clinic.

Requiring a robust access control system that enables the integration of video surveillance and the ability to partition access to specific areas of the facility, FAU selected Software House‘s C•CURE 9000 to manage student access to classrooms and laboratories. 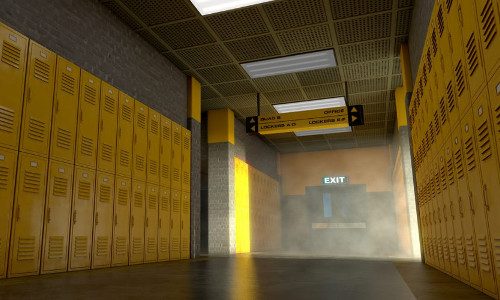 This ranges from 24-hour access to the building, to limited facility access during examination time. The solution also allows the university to restrict access to medical record rooms, the pharmacy and other sensitive areas.

According to Patrick Garmon, director of security technology for FAU, it was important to implement a system that enabled the university to manage student access to buildings by floor and room, not just to restrict overall building access.

“Florida Atlantic University has harnessed the vast capabilities that C•CURE 9000 has to offer when it comes to security and access control management,” says Jason Ouellette, global product general manager, access control, building technologies & solutions, Johnson Controls. “Whether managing access to laboratories, the pharmacy or medical records, C•CURE 9000 provides flexibility to easily manage and adjust the system based on current needs.”