DETROIT — At the beginning of 2016, Detroit initiated a program called Project Green Light in order to reduce crime.

Businesses sign up and purchase surveillance equipment, enabling video footage to be live-streamed to the Detroit Police Department (DPD). If a partnering business calls 911, police inside the DPD crime center are alerted and can focus on footage at that location.

Police say there has been a 31% decrease in violent crime in and around Green Light locations since the program started on Jan. 1, 2016. There are now more than 500 businesses signed up for the program, according to The Detroit News.

Due to this success, police and city officials want to launch a similar program that would put surveillance cameras on city traffic lights. However, not all residents seem to agree this would be a good idea.

“We operate as a society on the premise that the government will stay out of our business unless they have a reason not to,” Eric Williams, an attorney who is working with the American Civil Liberties Union of Michigan on the issue, told The Detroit News. “This completely changes that equation. The default in our society should not be that the government is watching you.” 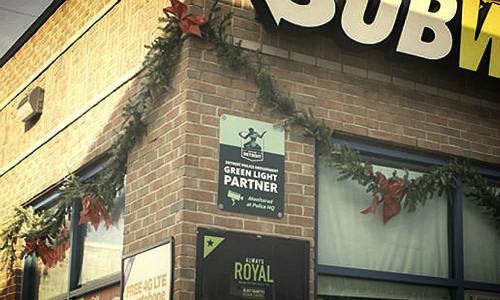 Police Chief James Craig said the privacy concerns are misguided. The proposal is for the project to be done in public space, in which there is no right to privacy.

“What I’m confused about is: Are (critics) more concerned about protecting the rights of criminals to prey on our citizens than they are about having a safe community? We’re not going to be spying on people; all we want is be able to go back and look at video from traffic signals if there’s a crime we’re investigating,” he said.

City Council President Pro Tem Mary Sheffield is one of the council members with concern for Duggan’s plan. She’s pushing for legislation to ensure transparency, voicing worries over who may be watching, and who has access to the footage. She is especially concerned because she says increases in surveillance technology typically occur in communities of color.

“When you start increasing surveillance technology, people do not feel comfortable, and it can be a concern,” said Sheffield. “We want to make sure that in a majority black city … we have proper protocols, requirements and policy in place to ensure that the information is being submitted to the appropriate departments.”

The police department insists that footage would only be reviewed when an incident in the area occurs. However, Williams still has a number of questions about the program.

“Just saying you now have the capability of (tracking) somebody, what’s the criteria for doing that? Will it be logged? Will people be notified that they’ve been (tracked)? What penalties are there for misuse? Is information going to be shared with other law enforcement agencies?,” he asked. “The city may have ideas about it, but certainly haven’t shared those with anyone.” 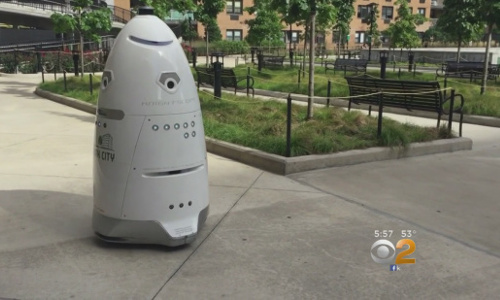 As of now, the plan for the surveillance cameras calls is for them to be installed and linked to the Real-Time Crime Center at 11 intersections this year at a cost of about $1.1 million. Another 400 cameras are expected to be installed in 2020.

We now live in a time with incredible surveillance technology, but can we find a way to balance these solutions with appropriate privacy?

You can learn more about Project Green Light here.