SILVER SPRING, Md. — The Security Industry Association (SIA) has named Axis Communications as the recipient of the inaugural Member of the Year Award.

The award was created to honor SIA member companies that have shown noteworthy involvement in SIA committees and working groups, events and the SIA Education@ISC conference program; leadership activity; recruitment of SIA members; and contributions to thought leadership and the industry overall.

The company is also highly involved with SIA’s education and training programs. Additionally, Axis has helped to recruit speakers for SIA events and invited SIA to participate in its corporate events.

“In large part due to the invaluable efforts of members like Axis Communications, SIA was able to expand its robust selection of resources, develop new education and training offerings and build on its accomplishments and offerings in 2018,” states Scott Schafer, chairman of the SIA Board of Directors. “We applaud Axis for its impressive engagement, thought leadership and contributions to SIA, our members and the security industry overall.”

In 2018, Axis directly contributed to specific SIA member benefits, including the Cyber Onboarding Guide for Employees, which shares cybersecurity guidelines for employers and staff and helps companies reduce cyber vulnerability.

Axis also contributed to the Security Cornerstones Learning Series, an e-learning resource designed primarily for novice security professionals and provides a fundamental overview of the business practices and technologies used within today’s physical security industry. The company is credited for fostering collaboration with vertical market organizations such as the National Center for Spectator Sport Safety and Security.

“Axis Communications is honored to receive the inaugural SIA member of the year award. I personally first got involved with SIA in 2007, discovering a plethora of opportunities to support the industry and drive positive change,” says Fredrik Nilsson, vice president of the Americas at Axis Communications, a former member of the SIA Board of Directors and SIA Executive Committee and the 2016 recipient of the George R. Lippert Memorial Award.

“I also quickly realized that the more you give, the more you get,” continues Nilsson, a 2017 SSI Industry Hall of Fame inductee. “Getting many Axis team members involved over the years has helped further SIA and the industry, as well as their careers. Our hope is that this award can inspire other companies to get involved.” 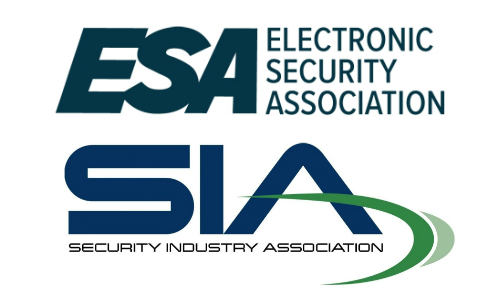 In addition to the presentation of the SIA Member of the Year Award, attendees will hear a presentation from Sal Mani, security systems manager for Google, on the workforce imperative of developing cross-functional skill sets to stay competitive in the security industry.

SIA will also submit five nominations to the SIA Board of Directors for ratification and present the SIA Milestone Awards, Chairman’s Award, Sandy Jones Volunteer of the Year Award and Committee Chair of the Year Award. A complimentary lunch will also be served.

For more information and to register, go here.