The Jackson Hole Airport (JAC) lies seven miles north of Jackson, Wyo., at the base of the Teton mountains. It is unique for being entirely within Grand Teton National Park.

Jackson Hole Airport is the busiest airport in the state, with nearly 500,000 in-bound passengers annually. The airport covers over 500 acres and has one runway that supports 11 hard-stands, nine boarding gates and three baggage carousels. The terminal features a restaurant and two food and beverage kiosks.

Distinct in its remote location and operation requirements, since 2009 the team at Jackson Hole Airport has relied on video management software (VMS) from Milestone Systems to enhance security, safety and efficiency. Being isolated on the edge of wilderness makes both system reliability and flexibility important.

Over the past few years, the scalable system has enabled the airport to expand its video applications, first by growing their IT team then increasing the number of cameras, as well as the data storage capabilities. 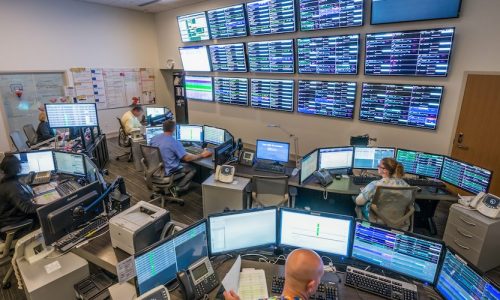 “We’ve gone through some pretty big upgrades, and our use of video continues to expand,” says Andrew Wells, IT manager for the Jackson Hole Airport. “We have close to 220 cameras in use now, with a lot of 4K cameras, and we increased our storage from 32 terabytes to a full petabyte.”

Wells explained that the airport made significant capital investments over recent years, and scaling out the video system was needed. New facilities included a fuel farm, car wash and expanded parking facilities.

With the parking expansion alone, 48 new cameras were added with the purpose of monitoring capacity and flow issues, as well as securing the safety of employees and the public. Monitoring snow removal equipment is also accomplished, and recorded video has become helpful in verifying any accidents or damage caused by the plows. While fairly rare, the recorded video is also used to investigate events such as accidents, theft or vandalism.

“Our system growth has been significant, but I think we’re leveling off now and getting close to where we need to be,” says Wells. “On the airfield, we now have good coverage on the ramp, and that allows us and our tenants to watch their operations to make sure everything’s good.”

Jackson Hole Airport has to contend with a great deal of plane de-icing for several months each year. Aircraft are de-iced away from the main buildings, and while the airport has infrastructure there, the airlines do not.

Beginning last year, the airport started providing client airlines access to video covering their respective areas so they can watch their own operations. The client airlines now see the airport camera views via the XProtect VMS, to monitor the de-icing stages of their planes.

“All the airlines that operate out of JAC can now watch most of their own operations to make sure that everything’s running smoothly,” says Jason Grover, owner of Pinedale, Wyo.-based Mountain West Electrical Services, LLC., who has worked with the airport for the last few years to maximize the system. “The corporate offices appreciate being able to see how things are going, and it saves airport staff a lot of time and resources if they can check in on their own.” 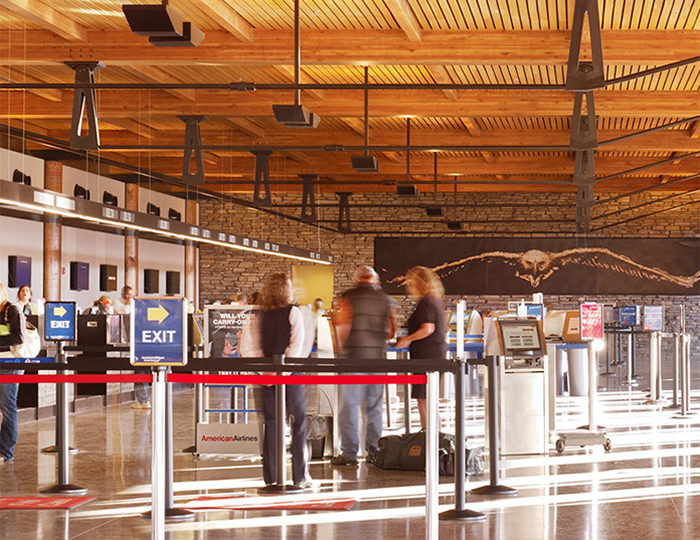 Jackson Hole Airport covers over 500 acres and has one runway that supports 11 hard-stands, nine boarding gates and three baggage carousels.

Wells explained that internally, cameras monitor the whole terminal, to assure personnel and traveler safety. The airport also closely monitors the security checkpoint, to protect officers as well as capture video documentation in case of an incident to help resolve disputes and ensure that proper protocol is observed.

Jackson Hole Airport is one of only 16 airports in the US that use private screeners under contract with the Transportation Security Administration’s Screening Partnership Program. Security screening staff are employed by the Jackson Hole Airport Board rather than the TSA. 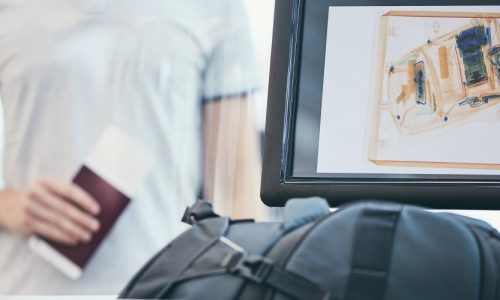 “We also monitor the bag search and baggage claim areas, so if someone reports an item missing, we can review the video and see if anything out of the ordinary happened,” says Wells. “We have had a few instances of lost bags and left-behind items, and we were able to track down how long the items were there, and who set them down.”

The video management system at Jackson Hole Airport has standardized on the XProtect Professional Plus VMS from Milestone Systems to manage a mix of IP network cameras from Axis Communications and Panasonic. Jackson Hole Airport now uses optimized video server hardware from Razberi, keeping all video for up to a full year, with most of the system’s 200 cameras set for motion recording, 24/7.

“Being a pretty much isolated location, we keep all our servers and data on-premises, and Razberi has been great for us,” says Chance Grimmett, electrician, Jackson Hole Airport. “We’re pretty unique, not necessarily in how we’re using video, but in how we operate: the use of video allows us to operate independently and efficiently with a small team.” 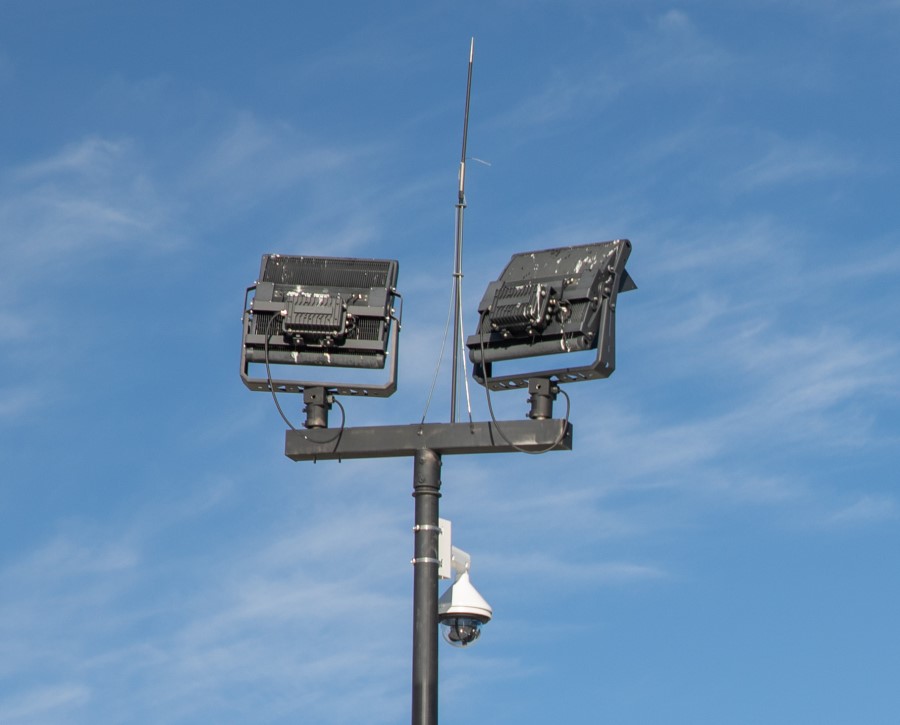 Beginning last year, the airport started providing client airlines access to video covering their respective areas so they can watch their own operations.

The Power of Open: A Force Multiplier

“We like using the new 4k, multisensor cameras that are available because they capture everything, and there’s enough data to zoom in after the fact if needed,” adds Wells. “For the most part, we have an unmanned system for investigatory use, and the multisensors are great for that.”

Additionally, the team has deployed video analytics from Agent Vi to provide a layer of automated alarms and notifications for flagging abnormal occurrences. Video analytic behaviors in use include detecting travelers who are moving in the wrong direction against the required foot traffic flow and those who cross into restricted areas. 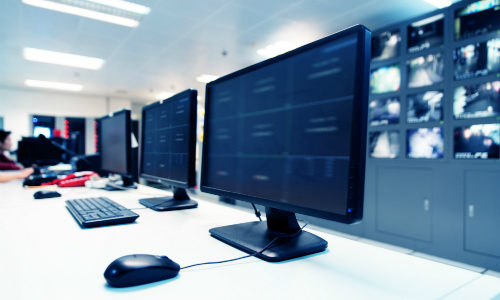 “Probably one of the biggest improvements we’ve made, aside from just beefing up the system, is making everyone on the team more situationally aware,” says Wells. “We used to just have a security computer off in the corner where you had to log in to look at cameras, but now it’s part of standard operations to have the XProtect Client on everyone’s PC, each with their own user account.”

XProtect Smart Client is an easy-to-use viewing client for a surveillance installation’s daily operations. It gives seamless access to live and recorded video, instant control of cameras and connected security devices, and a comprehensive overview of recordings.

“Situational awareness for our team and our clients allows us to be as secure and efficient as possible with our small team,” says Wells. “The flexibility of the open platform VMS allows us to scale our system and add the features we need now and in the future.”