If you are a frequent shopper on Amazon, you are likely familiar with the “Amazon’s Choice” label that appears next to certain products. Nowhere on the site is it explicitly explained what exactly that means. It would probably be safe assume that the label is only applied to products of reasonable quality, right?

In general, the label appears on certain products that are frequently purchased, have a high rating and are competitively priced. However, some of these products are less than reliable.

Take for example the countless wireless surveillance cameras that are being sold on Amazon. Which?, a UK-based consumer watchdog, recently purchased four wireless security cameras from the e-commerce giant.

All the cameras were from companies based in Shenzhen, China. Which? was unable to find much, if any background information on the manufacturers.

When testing the cameras, it immediately became apparent how vulnerable each device is. One camera, the Vstarcam C7837WIP, used “admin” as the default username and an easily guessable password. This would allow anyone with that information to take over the camera.

The ieGeek 1080p and Sricam 720p cameras appear to use the same app, which require the user to input their WiFi password which is then sent unencrypted over the Internet. This could enable a hacker to view any information being sent or stored on devices connected to the network, such as laptops or even smart speakers.

“There appears to be little to no quality control with these sub-standard products, which risk people’s security yet are being endorsed and sold on Amazon,” says Adam French, a consumer rights expert at Which?. “Amazon and other online marketplaces must take these cameras off sale and improve the way they scrutinize these products,” he continued. “They certainly should not be endorsing products that put people’s privacy at risk.” 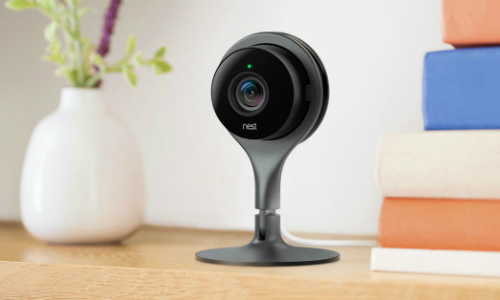 Not only have these dangerous cameras caught the eye of consumer watchdogs, but of Amazon customers as well. There are numerous negative reviews on the cameras that explain their vulnerabilities.

One disturbing review for a Victure security camera that carries the Amazon Choice badge states, “Someone spied on us. They talked through the camera and they turned the camera on at will. Extremely creepy. We told Amazon. Three of us experienced it, yet they’re still selling them.”

Between dangerous products and fake reviews, it is always important to do your due diligence when shopping online, especially when it comes to security products. Or better yet, call a professional.