The H5SL camera is simple and intuitive to install, with a modular design that easily snaps into a variety of base options, helping users to get up and running in minutes, according to the company.

End-users can choose from various lens types, including a new long-range lens, while audio and input and output connections provide the ability to configure actions and alarms for event response.

“We built our H5SL camera to create a versatile and cost-effective security solution for our customers,” says John Kedzierski, senior vice president, video security solutions at Motorola Solutions. “With value and simplicity at the heart of this camera line, our customers will enjoy the ease of installation, flexible design features and various lens options the H5SL offers them.”

The H5SL camera line also incorporates Avigilon unusual motion detection, an advanced artificial intelligence technology that can be used to notify operators of unusual events that might otherwise have been missed, helping to improve situational awareness and effectively monitor more cameras, according to the company. 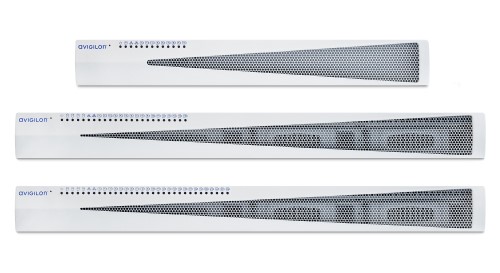 A flexible licensing structure provides the option to choose any edition and number of ACC licenses and pre-loaded video management software, helping to reduce the total cost of ownership for end-users, according to the company.

“Our Third Generation HDVA was completely re-designed with reliability and field serviceability as our top priority,” says Hamish Dobson, senior director of product management at Avigilon. “We built this product to bring business owners a cost-effective solution while providing high performance and reliability.”

Additional features of the third generation HDVA include:

The third generation HDVA is now available for order. The new H5SL camera line and HDVA will be on display at the Avigilon booth, #723, at GSX Sept. 10-12.