WASHINGTON, D.C. — The U.S. Senate is set to consider a measure that would require the Federal Communications Commission (FCC) to revise its equipment authorization process to end the review and approval of equipment and devices made by Chinese companies that are deemed a national security threat.

A version (H.R. 3919) of the bipartisan legislation, the Secure Equipment Act of 2021, passed overwhelmingly (420-4) in the House of Representatives on Oct. 20. The FCC was required by the Secure and Trusted Communications Networks Act of 2019 to detail which companies it believes to pose a severe threat to U.S. safety. The China-based manufacturers cited in the agency’s “Covered Equipment or Services” list include Dahua, Hikvision, Huawei, Hytera Technologies and ZTE Corp.

The legislation, which has been introduced in the Senate by Sens. Marco Rubio (R-Fla.) and Edward Markey (D-Mass.), aims to bolster the nation’s ability to prevent companies named in the Covered List from gaining footholds in U.S. telecommunications networks. The FCC introduced proposed rulemaking in June that could go beyond what’s required in the Secure Equipment Act, allowing the agency to revoke previously issued authorizations to companies.

The new measure would essentially ban U.S. telecommunications carriers from using equipment from companies deemed threats by the FCC if that equipment was purchased with private or non-federal government dollars. That practice was formerly permitted, despite those using such equipment with federal funds had already been prohibited. 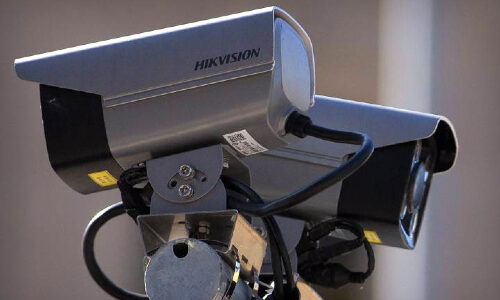 The Security Industry Association (SIA) has reported extensively on the contents and ramifications of the legislation, including what gear is included under a reimbursement program available to telecommunications service providers for replacement of equipment purchased prior to the requirement.

“In the near term, it seems likely the FCC action as proposed in the current rulemaking (and certain if bolstered by enactment of H.R. 3919) will eventually be finalized. This means the marketing, importation and sale of new video surveillance equipment from these Chinese manufacturers without current FCC authorization will be prohibited,” writes Jakes Parker, senior director of government relations, SIA.

He continues, “If finalized, the FCC action will reduce supply and eventually eliminate future availability in the U.S. of products from these companies, which will require adjustments by all companies that may still be utilizing them, and impact product offerings, costs and other business operations — even if they are not federal suppliers.”

More Trouble for Dahua and Hikvision

While Dahua and Hikvision await their fate with the U.S. government, both manufacturers have been caught up in a new controversy around the alleged use of their video surveillance technology for tracking ethnic minorities.

Best Buy, Home Depot and Lowes have reportedly stopped selling DIY security brands Lorex (owned by Dahua) and Ezviz (owned by Hikvision) due to the parent companies’ involvement in supplying the Chinese government with surveillance technology deployed in the Xinjiang Uyghur Autonomous Region.