Critical infrastructure describes the physical and cyber systems and assets that are so vital to society that their incapacity or destruction would have a debilitating impact on our physical or economic security or public health or safety.

As our economy continues to evolve, we are consuming more technology that is requiring the expansion of critical infrastructure facilities, especially data centers and power utilities. These facilities are the lifeline to our digital ecosystem and their operations are not just pertinent for residential utility, but for the success of thousands of businesses and institutions across the world.

When we think about threats to places like data centers and substations, we often think about cyber-attacks to major corporations or the occasional attempt of trying to virtually penetrate an electrical grid. What we don’t immediately think about are the potential physical and environmental threats that could cripple the operation of a critical infrastructure facility. Physical harm and vandalism remain a constant threat to these operations. As you would expect, as technology advances so have the methods of potential vandals.

But what about the environmental threats? Older utilities are facing the growing concern of aging equipment and supply chain shortages for replacement components. The technological evolution shows no signs of slowing down, but as we construct more data centers, we will continuously need more power for operations. As utilities expand their capabilities, it is crucial that they find ways to leverage existing infrastructure to streamline operations and generate cost-savings.

Most people understand the basic principles of a visible light camera where the visible light detector is capturing the reflective light energy off specific objects and turns it into an image. Thermal cameras operate in a similar manner but instead of visible light energy, it is creating an image from heat, or thermal energy.

Each pixel of a thermal camera acts as a temperature sensor measuring differences in heat as low as 0.01°C. Each difference in temperature is assigned a shade of grey and the combination of all the pixels is what provides the thermal image we see from the camera.

Having some sort of perimeter security system is usually a requirement for critical infrastructure facilities. Traditional security systems designed around visible cameras are often the starting point for most facilities, but they tend to be most useful in the post analysis of the event rather than preventing a threat that is happening in real-time.

Individuals looking to cause harm are often operating in a premeditated manner and have taken measures to try and minimize their exposure to existing security systems. Because of this, thermal cameras become your best defense for remote detection because individuals cannot hide from the heat they produce.

A thermal camera does not need any sort of ambient lighting and is not affected by many environmental concerns such as total darkness, light fog, light rain and snow. To enhance the detection capabilities of a thermal camera, end users are often pairing the camera with some sort of classification analytic.

Being able to accurately identify the presence of an individual in the most challenging environmental conditions has proven that thermal cameras coupled with identification analytics is one of the most effective evolutions to a customer’s existing perimeter security system. 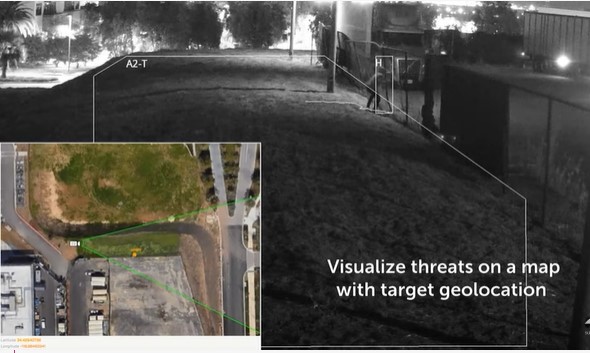 The difference between a security thermal camera and one designed for operational use is the presence of a temperature reading. While security is not concerned about the physical temperature of a human threat, operational directors are very interested in understanding the temperature changes on specific assets or general areas. Temperature changes are often an early indicator of a potential problem like overheating equipment, or worse, the presence of a hot spot that could cause a devastating fire.

Handheld and fixed mounted thermal cameras have been used to assist companies with operational efficiency for decades. In recent years, there has been a push to move the periodic inspections, traditionally done with a handheld camera, to a fixed solution for continuous monitoring. This provides the end user with real-time temperature data on their equipment. By analyzing this data over a specific period, it can show areas for concern and even help predict failures before they happen.

Applications for analyzing temperature data varies based upon the industry. For electrical utilities, they are often looking at crucial components of a substation to make sure they are not overheating. In a data center, there have been many articles written about maximizing the operational efficiency by monitoring the air flow between hot and cool aisles. Regardless of the specific application, thermal cameras can provide real-time data for analysis to improve overall operation efficiency, and most importantly, uptime. 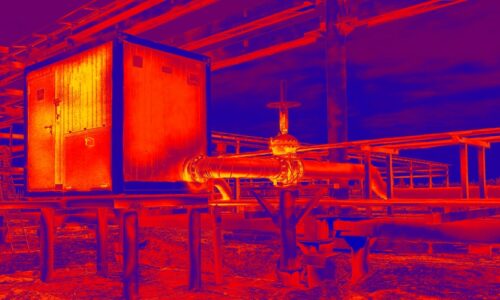 Related: Heat Up Your Offerings: The Latest Thermal Trends and Opportunities for Integrators

While critical infrastructure facilities are common places to find thermal cameras, this technology is not limited to only these sites. The idea of using thermal is to try and see something a visible camera cannot. Basic perimeter security systems should include some degree of thermal to improve detection and response times. Lighting is always a challenge, and the more remote the facility, the greater the challenge.

Radiometric cameras (ones that produce temperatures) are often used in facilities that have a high probability of sudden fires. Waste facilities are a great example of where a fire could start below the visible surface. A radiometric camera surveying the area could identify the sudden increase in temperature and provide an alarm as a method of early fire detection.

Thermal cameras are providing a different way to approach security and environmental risks for end users. When thermal is correctly incorporated into an existing system, it can lead to better detection for physical security and improved operations for facilities.

Matt Strautman is Director of Global Business Development of Security at Teledyne FLIR.