If you’ve spent any time around Genetec CEO and Founder Pierre Racz then you likely got a taste — if not a five-course meal worth — of his barefaced elucidations on the sheer mass of global cybercrime perpetrated by authoritarian governments, specifically China and Russia.

To say Racz is passionate about the business of security would be an understatement. That passion was well on display July 15-17 at Genetec’s headquarters in Montreal where the company hosted trade media editors from North America, South America and Europe.

Press Summit 2019 provided attendees the chance to learn about the company’s core products — video, access control and license plate recognition (LPR) — in the context of a wider, real-world security conversation. To Genetec’s credit the marketing and promotional pabulum was negligible at best.

Rather, we were served up presentations by Genetec engineers and product managers that covered topics such as the role of privacy in a digital democracy; a blunt discussion about artificial intelligence and machine learning; automated license plate recognition and the role of parking in cities; plus, a panel session focused on the cannabis industry. On the final day our large group trekked to Casino Montreal to tour the facility and speak with its security operations executives.

You can check out the accompanying photo gallery for insights into these and other topics. What follows is an overview of Racz’s presentation entitled “Making Tools to Protect Liberal Democracies.”

Racz’s exuberance for his work and the industry permeates throughout the company and would seem to drive Genetec’s culture of innovation. Always in motion, he delivered his talk standing; moving two steps up, maybe three steps back, then a sidestep here and there. And holding a coffee cup all the while with bold letters that spelled out BECAUSE SECURITY MATTERS. 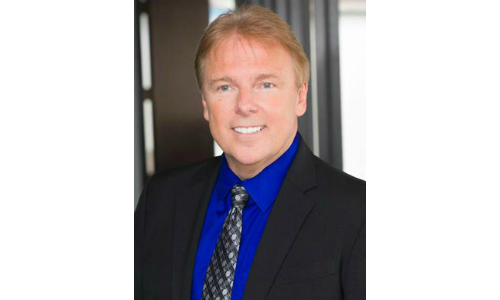 Related: Here’s the Expert Lowdown for Integrators Who Want to Raise Their AI IQ

Racz explained there are three core pillars that uphold the company’s product portfolio: Operations Efficiency; Making Sense of Sensors; and Security of the Security System. Each of these mainstays can also be viewed as symbols that define the company’s maturation into a leading global security provider.

Racz deems operational efficiency possibly the most important pillar among the three. The concept was not one that he initially espoused or had assimilated into Genetec’s subject matter expertise. That changed about 15 years ago when two large customers — a U.S. national retailer and the Paris Airport — compelled Genetec to evolve.

“Although they would put the system in for security, their models were sophisticated enough so that they would actually use it for operational efficiency,” Racz says. “We were brought in kicking and screaming. It was an accident how we were brought into the security of security and all of these skills.”

The deployment and use of sensors have also come a long way. Where sensors were once used on manufacturing assembly lines to detect product defects, Racz explained, “now we are using these sensors to be able to modulate the workflows that have no machinery. So, office workflows.”

Racz gives the example of leveraging the Zero Trust model, an IT security model that requires strict identity verification for every person and device trying to access resources on a private network, regardless of whether they are sitting within or outside of the network perimeter. 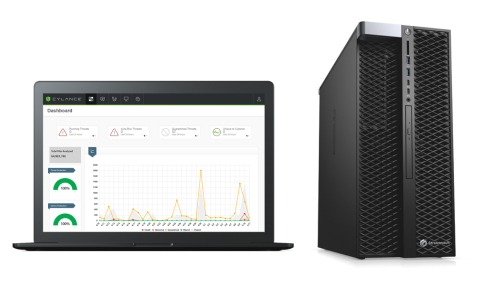 Genetec is integrating copious sensors nowadays given the critical role they play throughout an organization. This is changing the very nature of security, Racz said. So much so that security is now an integral part of the decision-making of an organization.

“Security [departments] often negatively see themselves as just a cost center — they are not. Their job is actually to measure the flow of people and things and information and be able to provide this information to the rest of the business from which they can modulate their workflows.”

That last component is one that Racz is hopeful could one day become something akin to the Sarbanes-Oxley Act, the federal law that established sweeping auditing and financial regulations for public companies. Racz shows no quarter for corporate executives who dare to plead ignorance in the wake of a security breach. His idea of policy-based automation and oversight would deliver severe repercussions in such cases.

To illustrate the depth of compromised and corrupted IT networks across the globe today, Racz invoked The Great Stink of 1858. Didn’t study that event in European History 101? Well, back in the day the River Thames was effectively an open sewer, leading to frequent cholera epidemics. During one hot summer in particular the stench from untreated human waste and industrial effluent was so bad on the banks of the river that Parliament finally took action to create a modern sewage system. 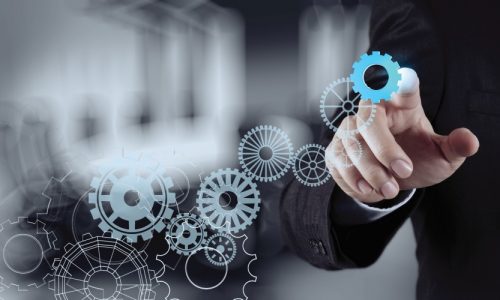 Racz sees defined parallels between the societal ills caused by rampant, unchecked development during the Industrial Revolution and the hazards unfolding in today’s Information Revolution.

Known as a man-in-the-middle attack, the Chinese telecom sent out false signals that fooled the Internet traffic bound for a U.S. carrier’s network and rerouted through Hangzhou and other Chinese cities.

“The rapid rise of the Internet has been so fast that we did not figure out how to tame this beast. We are in a very messy period right now while we are trying to figure these things out,” he said. “Nobody wants to do anything about securing our information supply. Nobody is doing much of anything. The worst of it is the effluence of our civilization is leaking into our information supply.”