The new AI algorithms can discern human beings as distinct objects separate from their surroundings because they have been trained with thousands of images of humans, according to the company. With this additional data, the cameras can support advanced rules about the movement of cars and the movements of people within the same image.

“Analytic alerts can be more useful when we can be selective about the objects that matter to you,” says Ray Cooke, vice president – products, solutions and integrations at Hanwha Techwin America. “For example, trucks passing by in either direction near a loading zone might be expected behavior, so in this case you do not want motion from trucks to trigger an event. But we are now making alerts more selective, so if a person enters the area, an analytic event would be triggered.” 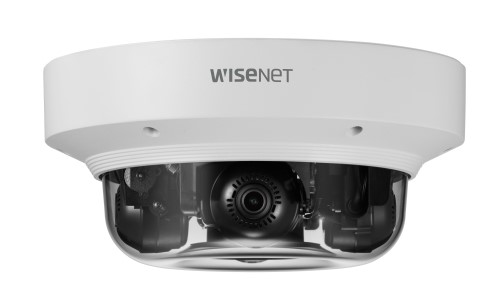 The new AI cameras are also said to be able to recognize types of vehicles such as a bus or car and the color of a vehicle as well.

“When speaking to end users about analytics, many still don’t take full advantage of them,” says Cooke. “Often, this is because of the false-positives with previous generation technology, or previous generation alerts not being selective enough for what they need to know from their cameras. With deep learning and neural networks, we have achieved a new level enhanced analytics and data gathering.”