Designed for perimeter protection and large, open area applications such as airports, parking lots, industrial estates, stadiums and city centers, the new 2MP, 6MP and 4K Wisenet X PTZ PLUS cameras are able to capture forensic-level image quality at a distance of up to 650 feet (200 meters), according to the company.

Featuring adaptive IR technology which adjusts the power of the camera’s IR LEDs, the devices are said to be able to match the level of zoom regardless of the lighting conditions.

At the heart of the new Wisenet X P/T/Z PLUS cameras is Wisenet 7, Hanwha Techwin’s proprietary System on a Chip (SoC), that is said to significantly enhance the cameras’ cybersecurity credentials. 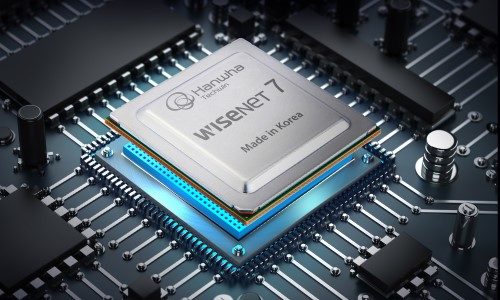 The cameras also benefit from a Hanwha Techwin proprietary device certificate issuing system which embeds unique certificates into Wisenet products during the development phase and the manufacturing process. Additional cybersecurity features include ‘Secure by Default’ configuration and UL CAP certification.

Wisenet 7 also ensures the capture of high-quality images with an “extreme” wide dynamic range (WDR) feature utilizing local contrast enhancement and scene analysis technologies to capture ultra-clear images from scenes containing a challenging mix of bright and dark areas, according to the company.

The new Wisenet camera also features an AI auto-tracking feature that allows control room operators to monitor the movement of objects while remaining hands-free to control other cameras. With a right click of a mouse, operators can program a camera to lock onto and auto-track a specific object. It does so with the help of deep learning video analytics which detects and classifies people and vehicles.

Hanwha says that while p/t/z cameras may eventually suffer from positioning errors due to tilting and panning many thousands of times, Wisenet P/T/Z PLUS cameras, which have a pre-set accuracy of ±0.1˚, are able to detect if they are not precisely aimed at the specified field of view and will move within one second to the correct position. 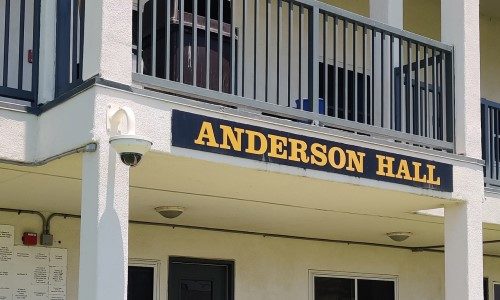 Compact and approximately 65% lighter than most p/t/z domes, the camera-mount can be quickly and easily deployed, requiring a technician to simply ‘mate 3 pins and twist,’ according to the company. This enables installers to tighten screws without having to hold onto the camera.

Hanwha adds that unlike conventional p/t/z cameras which require up to five separate cables, the Wisenet X P/T/Z PLUS only needs a single RJ45 cable to provide data and power. An RJ45 cap tool is included to pass a terminated network cable through the flexible grommet, ensuring the camera is waterproof.

The new Wisenet P/T/Z PLUS cameras will be available in December in the following models:

Hanwha says additional P/T/Z PLUS models are scheduled to be released in the future.