“All security and surveillance applications are different and there’s no one approach to meeting every project’s requirements,” says Ramy Ayad, director of product management at Hanwha Techwin. “In-house security teams and integrators need devices designed for maximum flexibility with a powerful combination of features and capabilities. That’s what we’ve achieved with the new QNO-7012R and the entire Q Series.”

The Q Series cameras are equipped with an open platform chipset for easy and seamless integration with third-party systems and solutions, and analog video output (CVBS) support for easy camera positioning during installation, according to the company.

Hanwha says wide dynamic range (WDR) allows the cameras to perform at up to 120dB to produce clear images from scenes containing a challenging mix of bright and dark areas. 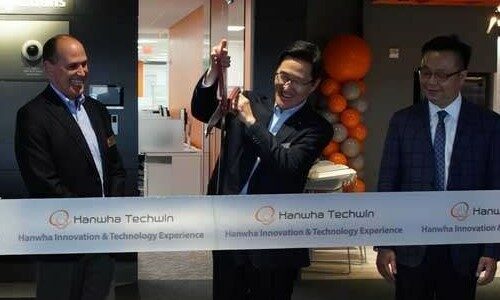 Advanced image quality is said to be achieved through lens distortion correction and low-light IR, which also allows adjustments to prevent glare. It also has options for easily switching between 16:9 or 4:3 image to 9:16 or 3:4 modes to monitor a range of areas from wide to narrow.

The cameras are H.265-capable for network bandwidth optimization, complemented by WiseStream II compression technology. This combination improves bandwidth efficiency by up to 80% compared to current H.264 technology, Hanwha says.

The cameras support Power over Ethernet (PoE) and also have an SD/SDHC/SDXC memory slot allowing up to 128GB of video to be stored at the edge. In the event of a network disruption, video evidence, which might have been potentially lost, can be retrieved when the network connection has been restored.

In addition to the new QNO-7012R, the full range of Q Series 4MP cameras includes: