The company says that in total it is releasing 35 new pan, tilt and zoom cameras that also feature smaller form factors than its previous generation of products.

“i-PRO is continuing our commitment to constant innovation and our mission to make AI capabilities universally available across the surveillance market,” says Adam Lowenstein, director of product management at i-PRO Americas Inc. “Our new p/t/z cameras are the first p/t/zs with an open AI platform on the edge with the highest level of cybersecurity. i-PRO p/t/zs offer tamper resistant technology, identity-based authentication, strong encryption, and an extra layer of security that helps protect IT networks.”

According to the company, its latest products make up its S-Series line, and these products incorporate AI processors that support easy-to-use automatic tracking, and through their cybersecurity capabilities, the products can run two different deep learning AI applications at the edge of a network to reduce server and infrastructure costs. 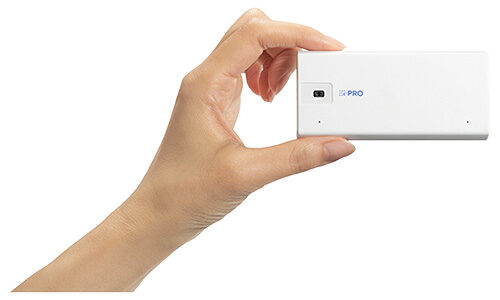 The company goes on to say the new cameras have state-of-the-art image sensors and lenses that are said to deliver improved image quality, especially in low lighting (0.015lx). i-PRO points out the cameras’ onboard Ambarella SoC supports advanced AI auto-tracking that can automatically detect, zoom, and track people, vehicles and bicycles.

“These new p/t/zs offer the best low light performance in some of the smallest profiles in their class, allowing the cameras to be installed in almost any environment including areas with low ceilings,” comments Lowenstein. “P/t/z camera deployments no longer have to be restricted by the size of the dome. Being able to position the p/t/z to obtain the best quality image increases the accuracy of AI-based tracking and object detection thereby reducing false alarms.”

i-PRO notes the S-Series are available in 2MP and 5MP resolutions and the products offers 3.1x-40x zoom ratios in indoor and outdoor environments. Moreover, the p/t/zs also support a variety of environments with options such as smoke tinted dome, salt resistance and black models.

In addition to the S-Series, the company has also added p/t/zs to its U-Series of products. These streamlined products i-PRO says are designed for applications in which AI technologies are not required. The U-Series p/t/z outdoor models are available in 2MP resolutions with 3.1x-21x zoom ratios for both indoor and outdoor settings. The cameras also meet IP66 ingress and IK10 impact resistance standards.

i-PRO emphasizes both the S-Series an U-Series of products are NDAA and TAA compliant and they have also achieved the highest level of cybersecurity with FIPS 140-2 level 3 certification.