COPENHAGEN — Milestone Systems announced the launch of a new Husky appliance series during the company’s MIPS global partner event and video technology conference, which was held virtually for the first time.

The company offers its partners and customers a range of six video management appliances that cover a variety of use cases from simple setups in small sites, including retail, to larger and more complex installations such as critical facilities.

In a press release, the company says with its reliability, ease of use and optimal XProtect integration, the new Husky series enables partners and customers to achieve much more with their Milestone XProtect video management solution, powered by Dell Technologies OEM Solutions.

Partners and customers will also get extensive service and support with a single point of contact for both hardware and software, along with the possibility to access onsite support through a global support network, according to the announcement.

The new Husky series is pre-loaded with the XProtect VMS, which will save integrators time on setup and installation. Upon turning on the hardware, users can begin using the appliances after inputting their XProtect license code. 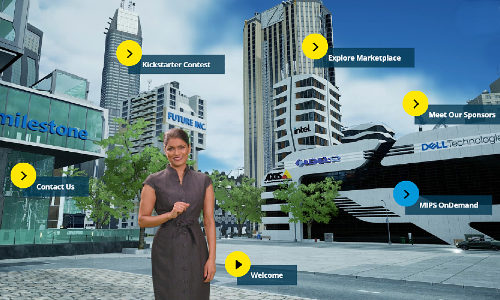 Related: MIPS 2021 Guides Integration Partners Into ‘Shaping the New Next’

The new Husky series can be used with any XProtect product license, mix series units and integrate more than 10,000 supported third-party devices.

“The new Husky series represents a significant evolution of Milestone’s hardware offerings to the market, enabling our partners to be geared for the future,” says Milestone CTO Bjørn Skou Eilertsen. “This new portfolio brings together ease of use, performance, reliability and optimal integration with XProtect and importantly, a comprehensive service offering and the flexibility that Dell Technologies will bring.”

The new appliances series will be available for pre-orders in May, according to the announcement.