As part of a project to streamline investigations and evidence sharing, the Naperville PD sought an efficient and secure way to manage digital evidence. Genetec says the department wanted to move away from the manual, CD-based recording process it had in place, which required significant physical storage and staff resources.

“We’re using Clearance to record about three to five interviews every day. But this trend has been increasing due to the best evidence rule, so our State Attorney’s Office is requesting that more interviews be recorded,” says Jason Zbrozek, deputy chief of Naperville PD’s Investigations Division. “Clearance has helped us fulfill this increased demand, and the community registry program strengthens our investigative efforts. Anything we can do to connect with the community and save time for our officers and detectives is beneficial to our mission to protect the people and businesses of Naperville.”

Genetec points out the Naperville PD now uses Cloud-based Genetec Clearance system to securely collect, store, retrieve and share digital evidence. Since implementing Clearance, Genetec boasts, investigators have been able to work more efficiently on casework. Genetec explains that not only can detectives collaborate with ease but they can also access files any time. 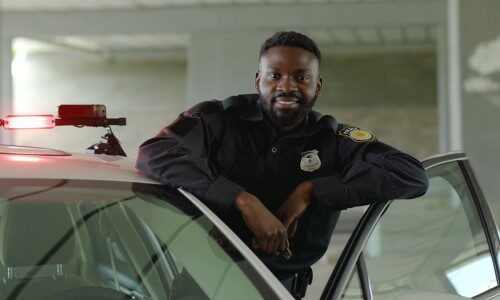 All user interactions within Clearance are automatically tracked. At any point, a digital audit trail can prove that the proper chain of custody for the evidence was maintained. And when officers need to record an interrogation outside of the precinct, they use the Genetec Clearance mobile app to easily collect and store evidence. They simply record the interview and then upload it to the case file in Clearance.

Implementing Genetec Clearance led to another community initiative, the launch of a Community Camera Registration Program. According to Genetec, businesses and residents can now volunteer to share the number and location of video cameras they own. These cameras are then plotted on a map within Clearance, making it easy for detectives to quickly locate sources of video evidence within a certain vicinity after a crime occurs.

Using Clearance, the Naperville PD can email camera owners and request that they share a select video. The user simply clicks on a link and securely uploads the video via a web-based portal. Once complete, the detective will be notified, and they can view the evidence securely online, in Clearance, without ever leaving the precinct.

You can learn more about the initiative here.