NEW ORLEANS — New Orleans (NOLA) is known as a city with rich history, as well as hard partying during Mardi Gras. It’s no easy feat protecting its 400,000 residents and 11 million yearly visitors.

Several years ago, the city implemented the Citywide Public Safety Improvement Plan, which included the deployment of a new citywide public safety system and the construction of a Real-Time Crime Center (RTCC), the New Orleans Homeland Security and Emergency Preparedness (NOHSEP).

NOHSEP chose the Genetec Security Center unified platform to support all city agencies. Using Security Center, the NOHSEP agency has saved police officers about 2000 hours of on-foot investigative work in just one year, according to the agency.

“It might take a police officer over an hour to visit business locations, speak with owners, look through video, find what they are looking for, get a copy of video onto USB keys, drive back to the precinct, and then submit that into evidence. So, we have essentially saved the department over 2000 hours of manual labor in physically collecting and storing video evidence. That’s more time for officers to respond to calls of service and be present in our many neighborhoods, which helps build community confidence. The ROI is there for us in terms of the efficiency,” says George Barlow Brown, IT manager at the New Orleans Real Time Crime Center. 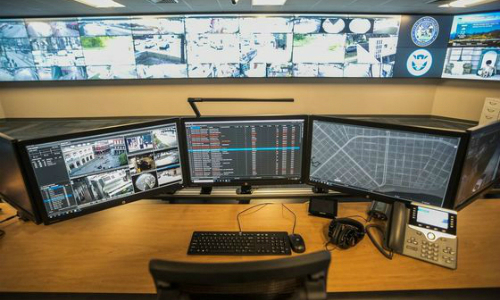 The team is now able to easily retrieve evidence from over 325 city-owned video cameras and 100 automatic license plate recognition (ALPR) cameras (60 of which are Genetec Security Center AutoVu cameras) from the Real-Time Crime Center.

The new security platform is integrated with other public safety solutions such as a Briefcam analytics system and a computer-assisted dispatch (CAD) system. All this information gets routed through to a central command center, which is said to speed up emergency response.

“Our operators do the full investigative work right from within Security Center. It’s just one of the most intuitive solutions that I have ever seen. We can display up to six video tiles and hit ‘synchronize video’ to see various angles of the same scene playing at the same time. We can then select the segment of video we need and hit export. Each 10-minute segment from all the video tiles is then archived for viewing later on,” says Brown.

NOLA is also leveraging Security Center to foster a true public-private partnership. The city launched a platinum version of the SafeCam project, which allows businesses to share access to external video cameras with the RTCC.

Using the Genetec Federation feature, the NOHSEP team can access video from participating companies’ systems. Participating businesses can be identified by discrete signage at their front entrances. This tells on-the-ground officers that this business has shared their outdoor cameras with the RTCC, and there is no reason to disturb the establishment or their customers. The officer can simply call RTCC operators to get the evidence they need. 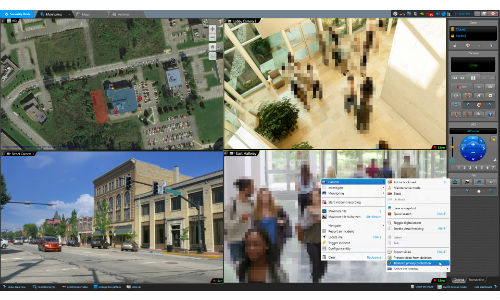 Security Center is also helping the city with use cases other than security. For one, the RTCC operates a backup emergency operations center for the city of New Orleans. The NOHSEP team has also shared video feeds with other city departments such as the Sewage and Water Board, so they can determine the rate at which an intersection floods.

Brown and his team also have motion detection alarms set up on cameras facing some known illegal dumping sites. As soon as someone dumps refuse in these locations, the team can proactively notify the Sanitation Department so they can collect the debris.

“As far as investigations and the ability to mine video and data, Security Center is hands-down the best product out there. With this platform, we’re extending greater efficiency to responding officers, and we’re also forging stronger partnerships with our community. Together, we’re all working smarter and faster to keep New Orleans safe,” says Brown.