In a research project commissioned by the FBI to aid law enforcement in forensic investigations, NIST worked in conjunction with ONVIF to adopt the Export File Format to serve as the FBI’s new minimum interoperability requirements for exporting and sharing video clips, streamlining the playback process of video from different video recording platforms from different vendors.

These files are often exported in different proprietary formats, making it difficult for law enforcement to collect, correlate and analyze the video data, as demonstrated by the 2013 Boston Marathon bombing, where more than 120 FBI analysts reviewed in excess of 13,000 videos before discovering key evidence in the footage.

The NIST recommendation is published as NISTIR 8161 revision 1, which replaces revision 0.

The ONVIF Export File Format will enable law enforcement as well as private users to more quickly and efficiently conduct forensic investigations using video of an incident from multiple sources — both private and public — regardless of what recording system originally captured the video.

Export File Format will also be part of new worldwide standards to be published this year by the International Electrotechnical Commission (IEC) on the use of video surveillance systems in security applications, increasing the applicability of this standardized format on a global scale, according to the announcement.

“This is a major step toward harnessing the massive amounts of video evidence, produced by IP-based video surveillance systems, that can be available to law enforcement in the event of a major incident, as well as to any user of a video recording system in need of faster and easier access to multiple video files,” says Per Björkdahl, chairman of the ONVIF steering committee. “We were very pleased to offer our expertise, specifically from our technical experts Dr. Hans Busch and Stefan Anderson, and have our work toward interoperability be validated in this way by the global standards and law enforcement communities.”

The NIST report addresses technical details as the use of MP4 as the standardized file format, and includes support for video codecs H.264 as well as and future variants to ensure video quality. Exported video must contain standardized, UTC clock timestamps that correspond to each video frame, with a recorded export system UTC clock time, with a reliable external reference time that is determined at the time the video is exported. 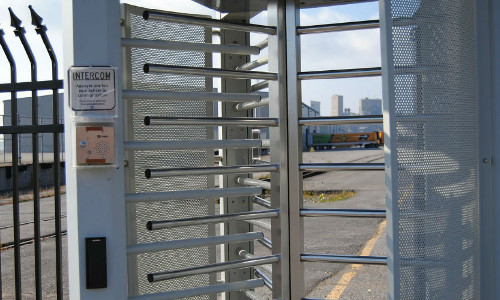 Related: How ONVIF Profile A Can Drive Open Access Control

Founded in 2008, ONVIF is a leading industry forum driving interoperability for IP-based physical security products. The organization has a global member base of established camera, video management system and access control companies and more than 12,000 profile conformant products.

ONVIF continues to work with its members to expand the number of IP interoperability solutions ONVIF-conformant products can provide.