GREENVILLE, S.C. —Paxton announces it will launch Paxton10, what it dubs as its most powerful system yet, on Feb. 1.

The launch follows a period of in-depth research, development and engagement with installers, according to the company.

Paxton’s Vice President of Sales Jonathan Lach says, “Paxton10 was designed with ultimate simplicity in mind, utilizing the latest technology to deliver powerful features, including the first ever cameras from Paxton. Anyone who has worked with Paxton knows we take feedback very seriously. It plays such an important part in product development and has helped shape Paxton10, our most powerful, most complete system to date.”

Paxton released its first version of Paxton10 in the U.K. in Sept. 2015, when it was installed across a variety of different sites with different needs. Lach explains, “Since then we’ve been working closely with installers. We’ve incorporated their feedback and I can say that what we’ve achieved exceeds the original vision of Paxton10, and a lot more. We’ll be offering our U.S. customers something they’ve never seen before.” 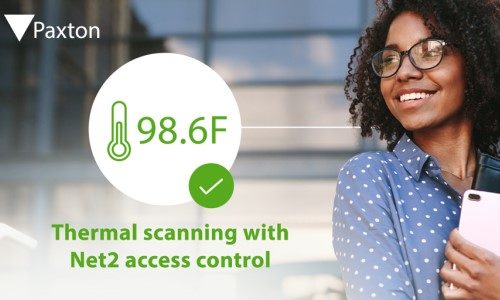 Other changes made as a result of customer feedback include compatibility with Paxton’s key systems – PaxLock Pro, wireless door handles, and Entry, the company’s video intercom solution.

Lach adds, “Our installers have told us they’re very excited about the direction we are going with Paxton10, particularly with the new technology. And people really understand the need for a unified platform in the mid-market.”

This need is based on statistics that show access control and video make up two-thirds of the security market — but only one in 10 sites integrate the two systems, according to the company.

Paxton will be showcasing Paxton10 during a series of webinars beginning this week. To learn more or sign-up, click here.