ALAMEDA, Calif.—RGB Spectrum, a manufacturer of audio and video systems for commercial and government applications, has announced its new Zio 4000 Video Wall Processor.

The new video wall processor provides users with all of the necessary functions to serve as a full-function solution with advanced networking capabilities. The product is offered as a standalone video wall solution or as an integrated solution that incorporates the company’s enterprise-grade A/V-over-IP distribution platform.

“There are video walls and there are video walls. Ours come with a pedigree,” says Bob Marcus, CEO of RGB Spectrum. “It’s not just one factor that counts — it’s all about features, interoperability, user interfaces, visual quality and reliability. As a pioneer in video wall processing for decades, we remain focused on serving our clients’ needs with innovative solutions for mission critical environments.”

The Zio 4000 Video Wall Processor supports complex visualization and situational awareness simultaneously by displaying multiple video sources onto any size video wall, as well as across multiple video walls. The solution also supports video walls with various size displays ranging from two to 128 displays, and as an open platform, users can select streams from non-proprietary sources such as cameras, computers, media players and VTCs. 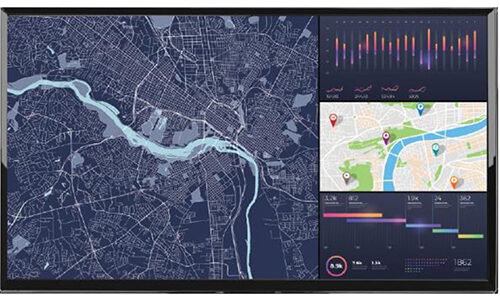 For interoperability purposes, RGB Spectrum points out the Zio 4000 Video Wall Processor works with baseband video sources that include HDMI, DisplayPort and SDI, and it supports A/V-over-IP H.264 sources, including third-party devices.

Simplifying control, the newly announced Zio 4000 system features a user interface with thumbnail views of available inputs, along with the ability to customize presets, and the interface offers drag-and-drop control.

“A video wall is more than the sum of a handful of monitors,” adds Marcus. “Working closely with our valued customers, we developed the Zio 4000 for advanced video wall applications and as a platform for enterprise-wide visual collaboration. It brings the concept of a video wall processor to a new level.”