NEW YORK — Security integrators are tasked with installing solutions that help protect lives, property and valuables. While it is typically the technology itself that is carrying out that task, a security camera technician from New Jersey can proudly say it was him that helped apprehend a suspect.

On April 12, a shooter fired dozens of shots into a New York City Subway train. That suspect, Frank James, would end up being apprehended the following day thanks to tips from several people.

One of those tipsters, however, has gone on to become a viral social media star. His name is Zack Tahhan and he is a 21-year-old Syrian immigrant. He is also a security camera technician for Bergen, N.J. -based MACA Security.

Tahhan was working a job in Manhattan’s East Village when he noticed a man matching the suspect’s description on one of the security cameras. He immediately went outside to warn people to stay away from the suspect and flagged down a police officer.

The exuberant Tahhan explained what happened during an impromptu sidewalk press conference last week. “I thought, ‘Oh my God, this is the guy, we need to get him.’ He was walking down the street, I see the car of the police, I said, ‘Yo, this is the guy’,” he explained.

You can view his recount of the moment in the tweet below.

Zack Dahnan, the 21-year old security camera installer who first spotted the suspected subway shooter in the East Village, is holding an impromptu press conference on 1st Avenue. He says news of the presser left him unable to sleep. pic.twitter.com/5j3DrFqnMx

Tahhan, as well as several others, will split the $50,000 reward that was offered for tips leading to the suspect’s apprehension, according to NPR.

A concerning discovery that came to light in the immediate aftermath of the subway shooting was that the surveillance camera system at the scene of the incident was not properly functioning. 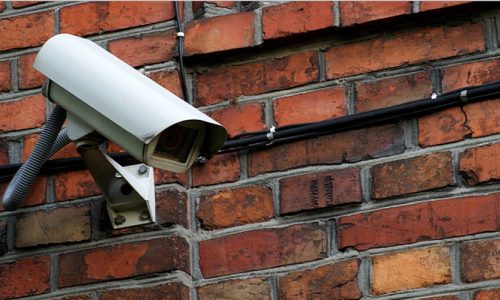 Related: Why Was Security Footage From Florida School Shooting on 26-Minute Delay?

According to CBS News, a pair of inspections from 2018 and 2019 warned the New York City’s Metropolitan Transportation Authority that its subway system’s security cameras were at risk of malfunctions. They also found that the MTA failed to ensure preventative maintenance and timely repairs on thousands of the cameras.

However, the MTA says that it wasn’t the cameras that failed, but a “bad Internet connection” that delayed retrieval of surveillance footage from the subway station.

Regardless of the reason, this incident highlights the importance of monitoring the status of technology like surveillance cameras, especially in critical public areas.