MEMPHIS, Tenn. — With nearly 140 academic medical centers across the United States, administrators are constantly tasked with finding persuasive and innovative ways to entice the brightest minds to choose their facility for their studies. One of those facilities is the University of Tennessee Health Science Center (UTHSC), established in 1911 and located in the heart of Memphis’ Medical District.

UTHSC houses six doctoral-degree-granting colleges and educates 75% of the state’s dentists, 40% of its pharmacists and 40% of its physicians. According to a report conducted by a professor of economics at the University of Memphis, in Fiscal Year 2017, the direct economic contributions of all four UTHSC locations was estimated to be $4 billion, 74% of which came from the Memphis campus. 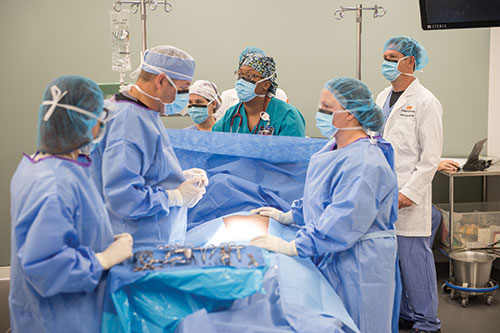 In order to continue this success and compete with dozens of other similar institutions, Dr. Kennard Brown, executive vice chancellor and COO at UTHSC, recognized the dire need to invest in improving the campus’ nearly 80 buildings and building systems, many of which are more than half a century old.

“When we compete for students, we compete for the best and the brightest, not just in the state of Tennessee but from across the country,” Dr. Brown told SSI sister publication Campus Safety. “As a public university, we’re competing against private institutions — the Wake Forests, the Dukes. To be in the top tier of all the academic medical centers out there takes an investment of resources to really convince students that your institution is somehow different from the others.”

The types of resources Dr. Brown knew the facility would have to invest in, especially given heightened awareness regarding violence at schools, universities and hospitals, were related to security. 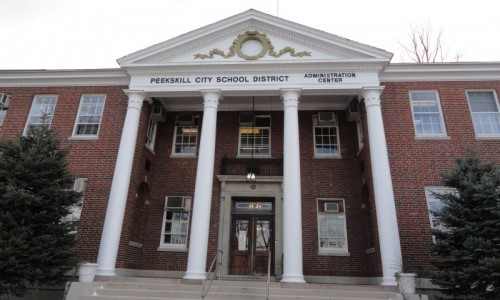 “Campus safety is front of mind for us, and it’s one of the things we felt was critically important to us being successful in recruiting high-caliber students,” he says. “To be a top-tier institution that has top-tier funded science researchers, they have to feel like this place is safe.”

With a three-phase, approximately $30 million security and safety project meticulously laid out, the next step was choosing an integrator to make UTHSC’s vision a reality.

While Dr. Brown and his team had several overarching goals in mind for the behemoth project, the biggest need was an integrated platform across all campus systems, not just those directly related to security.

“One of the biggest struggles I’ve seen a lot of other campuses have is trying to figure out how to make these systems interoperable — how to make them work across a unified platform,” says Dr. Brown.

That’s what convinced him to choose Siemens. 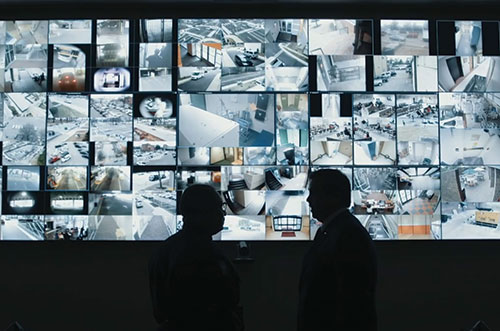 “They were definitely one of the most comprehensive in terms of service they can provide across a multitude of platforms,” Dr. Brown says. “Siemens presented itself as a multinational company that could deliver a myriad of services. For us, it was kind of the natural choice. They sold themselves to us on, ‘We’ve got the capabilities to be able to meet your security needs, and we will work with you as a partner to help you achieve your goals.’”

In order to integrate the multiple technologies Dr. Brown sought, Siemens had to first install its Desigo building automation software.

“The software will give the university situational awareness that will allow them to make decisions that not only save money and increase comfort but, most importantly, make their campus safe,” says Mark Baker, Siemens’ account manager for the UTHSC project.

For Dr. Brown, the most appealing aspect of integrated systems was the capability to evolve the unified platform, particularly as it relates to video capabilities. 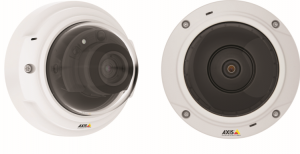 Axis P3364-V is a 1-megapixel day and night fixed dome network camera; Axis M3037-PVE network camera is a video and audio surveillance solution that offers 360/270/180 views, indoors or outdoors, in any light conditions.

Additionally, the cameras are currently aiding in video analytics, including people counting, which is particularly appealing to UTHSC since many of its buildings are public. For example, the dentistry college performs dental procedures for the public who do not have campus credentials, making people counting critical in the event of a security incident.

Siemens has also installed analytical software, very much akin to facial recognition, that can track any individual throughout the university’s multiple buildings, giving operators real-time data that can be relayed to responding officers.

Although camera and video capabilities were extremely important to Dr. Brown, he also acknowledges the work with Siemens wasn’t just a camera project but a security project, as the facility is also in the process of upgrading other systems, including its access, fire, telephone and building systems. Because of this, interoperability was more than a preference for UTHSC; it was a necessity.

“We really wanted one partner with which to integrate all of our technological capabilities, including artificial intelligence or smart building technology with our energy systems, with our fire systems, with our security systems,” says Dr. Brown. “Siemens has delivered that.”

Aside from a fully integrated system, UTHSC, like countless other healthcare facilities and teaching hospitals, needed a significant respite from preventive maintenance and a way to get ahead of deferred maintenance.

“Anyone who works at a university that has anything to do with the facility’s building enterprise will tell you the greatest challenge they have is preventive maintenance. Few public institutions have a discretionary $30 million to invest in preventive maintenance,” Dr. Brown says. “It’s the Golden Gate Bridge analogy of painting. By the time you finish painting the bridge, it’s time to start over. Preventive maintenance never stops.” 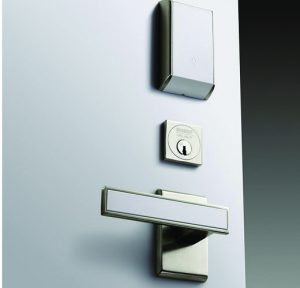 Once the buildings have been retrofitted, Advantage Navigator, a cloud-based energy and sustainability platform, will give the university real-time energy consumption, allowing them to analyze data and adjust as needed. Program payments will be made based on energy savings achieved as a result of Siemens’ work.

Although the performance contract is still in its infancy, several money-saving initiatives will soon be underway, including an upgrade to the facility’s central chilled water plant, consisting of three gigantic, end-of-life chillers that deliver cold water to a dozen campus buildings. The project will be funded by retrofitted lighting and campus-wide water conservation initiatives.

Dr. Brown questions the capability of anyone in a role akin to his to begin to get their hands around preventive maintenance and changing the profile of energy systems on their campus without a similar arrangement.

“Even with private institutions, taking that sum of money to infuse infrastructure into upgrading building systems in one fell swoop is just an unfathomable kind of undertaking,” says Dr. Brown.

But again, it all comes back to the desire to create a safe campus.

“Being able to integrate that into the security platform and having a dashboard that one engineer can sit down and monitor a lot of building systems, or having campus police be able to notify us if there is a boiler alarm or some fire emergency, is invaluable,” he adds. 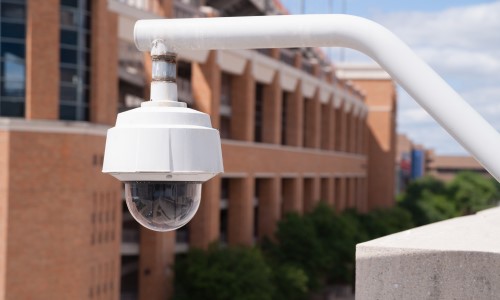 Participants in a project of this magnitude would be pulling your leg if they said they weren’t faced with challenges, both for the end-user and the integrator.

For Dr. Brown, his biggest challenge was miscalculating the resources that would be needed, which is a common challenge for administrators taking on such a significant upgrade. He praises Siemens for allowing him to continue discussions on ways to grow the project while staying within budget.

“We all underestimated the scope of the project as I would imagine is typically the case with projects of this scope and scale,” says Brown. “Through our partnership with Siemens, we were able to phase the project, allowing us to maintain the continuity of the work.”

For institutions with similar circumstances, “that very well may be the best strategy, rather than attempting to identify project scope initially, as there were significant lessons learned through each phase,” he continues. “Throughout the project, I discovered many things that I clearly did not have the foresight to have thought of from the very beginning. It was the willingness and commitment to the project and the partnership with Siemens that allowed us to get exactly what we needed from this project.”

From Baker’s point of view, the first and biggest challenge in Phase 1 was overlaying a brand-new access control system over an aging one. The old readers were mag stripe, while the new readers are proximity.

Campus at a Glance

Siemens worked with Dr. Brown, campus police, IT, facilities personnel and other key stakeholders to brainstorm how to approach these obstacles. 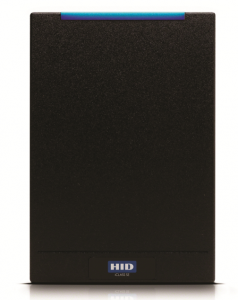 The next step was for Siemens to re-issue proximity credentials to each person on campus so they could use the new system when it was ready but continue to use the existing system still in place in buildings that weren’t included in Phase 1 of the project.

“We sat in the lobby of the General Education Building and then the Madison Plaza Building for about two months a few days a week and re-issued [access control cards] by sticking an HID tag on the back of everybody’s credential,” he says. “That way, no matter where they went on campus, if it was an old reader, they could swipe; if it was a new reader, they could prox.”

Another significant challenge from a logistical standpoint has been the fact that most of the campus buildings are active — filled with doctors, students, researchers and the general public. Additionally, on any given day, Siemens has between 10 and 20 employees installing and cabling access controls on campus. There are also typically a handful of Siemens employees programming and getting cameras online. Baker himself typically spends three to four days a week on campus.

To mitigate issues that may arise while working in an active building, Siemens and other project participants often work after hours and on weekends, particularly in areas that have extremely high traffic. Throughout the process, Dr. Brown and other administrators are kept in the loop on what is being worked on and when and what are the next steps.

It’s All About Communication

Crucial to collectively finding resolutions for these issues have been bi-weekly meetings since the project’s 2016 inception. Dr. Brown ensures all necessary stakeholders are present at these meetings and that Siemens has access to them at any given time.

“We have a bi-weekly construction meeting, but it’s open to anything happening on campus,” describes Baker. “Everybody attends. We go through where we’re at, where we’re going, any problems we can potentially foresee, any problems that the university has. Dr. Brown brings everybody to the table. It’s all about communication for us.”

Since it is such a large project with so many moving parts, Siemens even has separate bi-weekly meetings with the IT department.

“What we’ve learned through this process is we’re so heavily reliant on the infrastructure that’s in place from an IT standpoint on campus. We meet with IT to make sure we have all of our software and firmware current on all of our cameras, solve any networking issues we may have,” Baker says. “They’ve been one of the key parts to the success. We’re riding on their backbone, and they’ve been ever so helpful.”

Dr. Brown predicts these meetings will continue for at least another 24 to 36 months, especially since the performance contract is still in its infancy. But, clearly, he’s pleased with what he’s seen so far.

“[The project has been] an ambitious undertaking. I think this project has not only shown growth for us as an institution, but it has taken Siemens on some relatively new endeavors that they had to grow into. We’ve collectively kind of chartered this course together,” concludes Dr. Brown. “I think for generations to come here at UTHSC, they’ll be happy that we did undertake this kind of engagement around preventive maintenance, energy savings and security and the partner we chose to assist us in doing so.”