We are fortunate to live in an age where there is technology available to address every need imaginable. Car breaks down in the middle of nowhere? Use your smartphone to call a tow truck and order an Uber home. A major snowstorm is preventing you from driving to the office? Fire up your laptop and log onto Zoom.

The security industry in particular has benefited from rapid advances in technology. The advent of wireless communication, shrinking components, mobile power sources and much more have created new opportunities for integrators.

“Traditionally speaking, the use cases for thermals have become more accessible. Before, they were very much for government agencies, military would use it on bases, maybe on vehicles, nationwide critical things. Now, we’re seeing that’s evolved into more broad use, though still a perimeter protection type of use case where a user is looking to defend some sort of facility and really detect an object at a greater distance where maybe a traditional camera wouldn’t because of low visibility, a challenging environment in front of it, or simply just the range,” says Steve Burdet, manager, solutions management at Axis Communications. 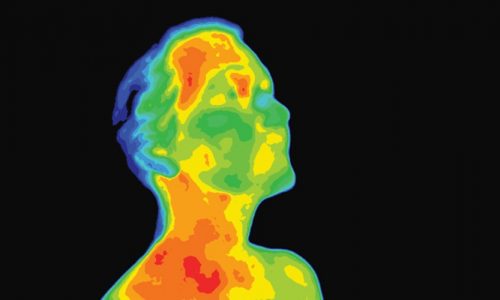 Related: Why Thermal Imaging Trends Are Looking Up

While the use of thermal technology is expanding, not every application has been a home run. Despite being widely herald by some as an integral solution to fight the spread of COVID-19 at the beginning of the pandemic, mainstream temperature screening failed to catch on in a meaningful way. Experts say this was due to a combination of cost, lack of accuracy and realizing that there were more practical ways of stopping the spread.

“COVID-19 affects different people in different ways. High temperature is one of the indicators and may only appear after the onset of other symptoms, reducing the effectiveness of only using a temperature monitoring solution. Furthermore, the current technology limitations required thermal cameras deployed for the purposes of human temperature monitoring to adhere to specific guidelines, making it practical only for certain customers that had the resources to deploy such a solution as a first stage screening solution,” notes Hamish Dobson, vice president, product management, Video Security & Access Control at Motorola Solutions.

Though the COVID temperature screening fad failed to gain traction, thermal imaging has proven to excel in an integral area: perimeter security. Ahead, experts in this field will provide an update on the latest thermal trends and opportunities, while a sidebar provides insights in the world of nightvision.

A frequently cited knock against thermal imaging has always been its price. However, advancements in technology over the last several decades has made the technology more cost-effective, creating new opportunities for integrators to utilize it. Projects where thermal cameras were once out of the question, like a ranch or a sprawling housing complex, can now enter the conversation.

A major evolution was the jump from analog to IP, which put it on a totally different trajectory with regards to intelligence capabilities and what can be done with it, according to Burdet. He adds that the technology has improved to get better sensor size and better resolution in those sensors, as well as better sensitivity, which helps reduce false information.

When it comes to image processing, that helps with noise reduction and color representation. There has also been some improvement in compressing and transmitting that information which can reduce the file size, but also can help retain that data in a useful way.

“Driving down the cost has really helped make it more accessible for customers. It’s helped broaden it down to those people and then maybe offered more tier options where, now, because I can get these different levels of resolution or sensor quality, I can then get different levels of the product itself,” he notes. 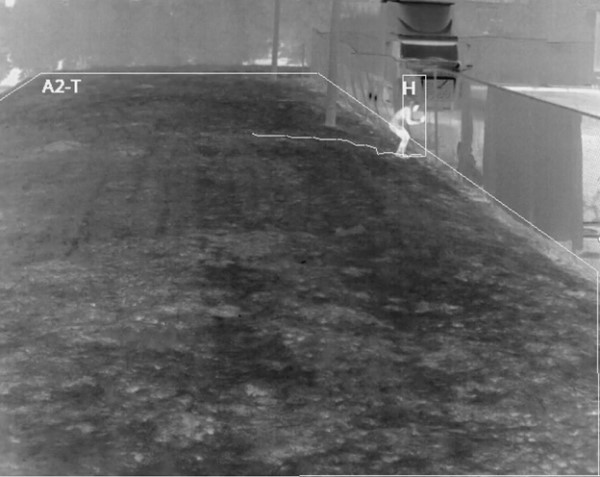 Thermal cameras are ideal for detecting trespassers in adverse weather conditions, such as rain and fog. (Courtesy of Teledyne FLIR)

While it is well-known that thermal imaging technology can improve accuracy and reduce false alarms in challenging video conditions such as fog, smoke or light rain, the combination of this technology with the latest video analytics and AI has made it more accurate than ever.

Specifically, these advancements can provide improved contrast between, for example, a person or a car, and the surroundings, which leads to another advantage.

“The algorithms can accurately and reliably pick up intruders so you don’t have to have a security operator looking at a video wall of hundreds of cameras all the time to try to find anomalies. The algorithms can do that for you,” says Kai Moncino, director of global business development, Security at Teledyne FLIR.

Hamish adds AI alerts “are meaningful, which avoids wasted time and improves productivity. This added layer of automated detection and notification is often the difference between security teams being able to respond to events-in-progress, versus providing documentation to conduct further investigation after-the-fact.”

In addition to perimeter security, integrators can expand their services by offering thermography for condition monitoring. Condition monitoring involves cameras that exclusively measure the temperature of a critical object, such as a transformer at a substation or a fan in a pump.

“More and more we’re seeing security integrators broadening their scope into condition monitoring because these cameras are oftentimes mounted in a fixed way, the way a security camera would be,” Moncino says. “So, security integrators are uniquely positioned to install them and then there are also networked systems that feed into a head-end like a video management system or a SCADA [supervisory control and data acquisition] system, something that security integrators are very proficient at.”

We live in a data hungry world. Chances are a manufacturer, power plant or warehouse would be interested in knowing if a critical piece of machinery was on the verge of malfunctioning. As Berdut notes, it could be costly should an unexpected breakdown occur.

“For example, if I’m an oil and gas refinery and I have an unscheduled shut down, it could cost me millions of dollars a day. They tend to shut these down for maintenance on a schedule, but if something breaks, they have to shut it down immediately. Being able to see something is heading toward a break or failure before it does by saying, ‘hey if this gets outside of a threshold temperature let me know,’ is way better prevention for them than it is if it’s blown up and they have to go and replace it and there’s damages.”

Another area that could utilize thermal imaging is the datacenter market, which is growing at an outsized rate, according to Moncino. As more major companies rely on the Cloud to store their sensitive data, it would make sense that they would want to protect it. He also says that the counter-drone space is exploding and that the combination of radars for detection and thermal cameras for visualization and assessment is one of the best ways to detect drones.

Visible and thermal cameras are complementary technologies that can provide an effective perimeter protection solution. A visible camera (left) provides specific details of a target while the thermal (right) is used for the initial detection and classification. (Courtesy of Teledyne FLIR)

When it comes to deploying a thermal imager, it’s important for integrators to communicate with their customers to get a clear picture of what they want out of their solution and making sure you can meet both their needs, as well as the technical specifications needed.

Things to keep in mind are the type of lens needed, whether you need zoom capabilities, do you want to have an audio system that can play a notification when it detects someone — these can all come with added cost.

Nightvision & Thermal: A Dynamic Duo
Like thermal, low-light video surveillance is another technology that has come a long way since the days of grainy, green-tinged video. Much of the improvement in this area can be contributed to the creation of the starlight sensor, which can produce a clear image at as low as zero Lux, as well as higher sensitivity IRs.For an optimal perimeter security solution, it is best to utilize both low-light and thermal cameras. While thermal cameras are great for detecting objects in challenging environments, you also want to have a traditional camera to view more detail if possible.“These technologies all have some overlap, and to get the best solution you want all of them. In all our product launches, we almost don’t make thermal-only cameras anymore,” says Kai Moncino, director of global business development, Security at Teledyne FLIR. “We’ve pretty much integrated a visible camera in with a thermal camera into most security cameras because they have those overlapping capabilities where during the day, if you want information about what the shirt color or hair color or some sort of defining aspect of a potential intruder, the visible camera is exactly what you want to use. And then during the nighttime when you don’t have that detail, the thermal is used to make a detection and classification.”

Berdut believes it is helpful to think of thermal imagers as more of a sensor rather than a camera because although they may be able to classify something as a person or a vehicle, it can’t identify an object with great detail. However, it can help the user decide if they need to take action and can serve as a valuable part of a greater system.

“Don’t think of this like a traditional camera that you can set up and just look at and you’ll get your information — think of it as a sensor. It’s like the game Mousetrap in that it’s meant to set off other things down the way to get that end result that your customer looking for. Focus on what they’re looking for first and how thermals could help them achieve it, and the middle part will sort itself out,” he explains.

When pricing out a thermal solution, make sure to explain that while the technology may be more expensive than a traditional surveillance camera, it can actually save the customer money in the long run by reducing false alarms.

“Especially if you’re paying for an external monitoring service, a false alarm has a distinct cost tied to it. And if you’re using best-in-class analytics and best-in-class technology like thermal, that is going to give you really good contrast,” says Moncino. “In most situations you’re going to reduce the number of false alarms you have, and that’s directly, essentially putting money back in your pocket. When pricing out a solution, it’s important to think of all these aspects of a full ownership perspective.”

The post Heat Up Your Offerings: The Latest Thermal Trends and Opportunities for Integrators appeared first on Security Sales & Integration.