The rally was held in response to the attack of Principal Patricia Lampron of the Henderson K-12 Inclusion School on Nov. 3 by a 16-year-old student, reports WCVB. Lampron was knocked unconscious during the attack and required treatment at a local hospital. Although she was released from the hospital the following day, she is still on medical leave.

The school where the attack on the principal occurred has already made changes to security, including new arrival and dismissal protocols. The district is also hiring new safety specialists to connect families with targeted support and improve communication. However, the union wants more safety and security improvements at all schools in the city, reports Boston.CBSLocal. 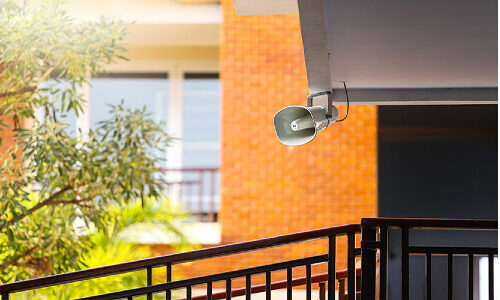 Related: How to Make the Case for Next Gen Intercom and PA Systems

Specifically, the union wants the district to install more video surveillance and fix the security cameras that are already installed.

“Is it acceptable that the security cameras at this facility haven’t been in operation for two years? The answer is, it is unacceptable,” said a rally attendee, reports MSN.

The union also wants the district to look at how it is using its metal detectors, which are supposed to be used daily. Rally attendees say, however, that the metal detectors are normally unplugged and put in a corner in the cafeteria.