When was the last time your traditional alarm system apprehended an intruder? Despite the stable recurring revenue security systems have provided for alarm companies, the data received in the central station is insufficient and often results in a high frequency of false alarms.

The increasing number of false alarms has had an inverse effect on the confidence of law enforcement and its response times. With municipalities no longer prioritizing a response to the traditional intrusion systems, response times have escalated from minutes to hours, leaving the customer unsatisfied.

However, the customer frustration is directed not at law enforcement but at the security company itself. The combination of evolutionary technology in video monitoring and increased competition in the market from giant tech companies leaves security businesses with a choice to either adapt and embrace future opportunities or risk becoming outdated and obsolete.

Passing of the Technology Torch

These manufacturers provided a reliable system that was quick to install and easily connected to a monitoring center. Surveillance cameras were also speckled across the showroom; however, in recent years, video technology has progressed and taken over the ISC exhibit hall.

Once upon a time, physical copies of VHS movies were rented from Blockbuster, pictures were developed through Kodak and household appliances were ordered through a Sears catalog. 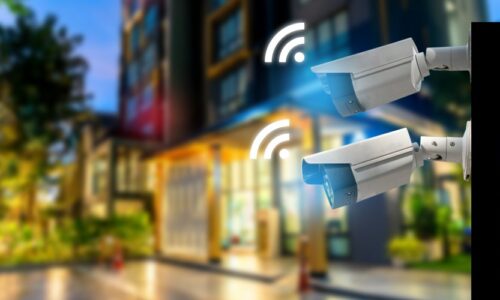 Related: How to Improve Security With Video Verification

With recent technological advancements, families can now stream entertainment on demand from their living room, 12-megapixel images are captured by cellphones and a dishwasher ordered at 8 a.m. can clean that night’s dinner plate. Those stalwarts were hesitant to stray from their traditional products and business models, while market entrants embraced new technology and created inherent value in the customer experience.

With technology on the rise, customer expectations followed. Therefore, those that failed to adapt are now largely extinct. The same applies to the security industry. Even with the ever-changing technology, much of the industry remains stagnant. It’s time to move from the traditional model.

For many security companies reading this article, classic intrusion systems remain a large part of their business today. When one tries to understand the problem with the traditional system clearly, one will conclude that the problem is not the quality of the hardware or installation but the response from law enforcement that ultimately disappoints the end user.

When selling security, industry professionals rarely discuss the response time itself, whereas it is the customer’s largest concern. Very few new home buyers or business owners would sign a contract for a service if they knew that the police would not come for several hours when an alarm occurs.

In the consumer’s mind, the dealer is at fault for the delayed response. Therefore, we can no longer operate as if our hands are wiped clean once an alarm call is dispatched. Just because the system is reliable and affordable from an industry standpoint does not mean it is meeting the customer’s needs. With that said, the problem is not the system but the response to it. While we cannot directly control law enforcement’s reaction to an alarm, we can surely influence it. 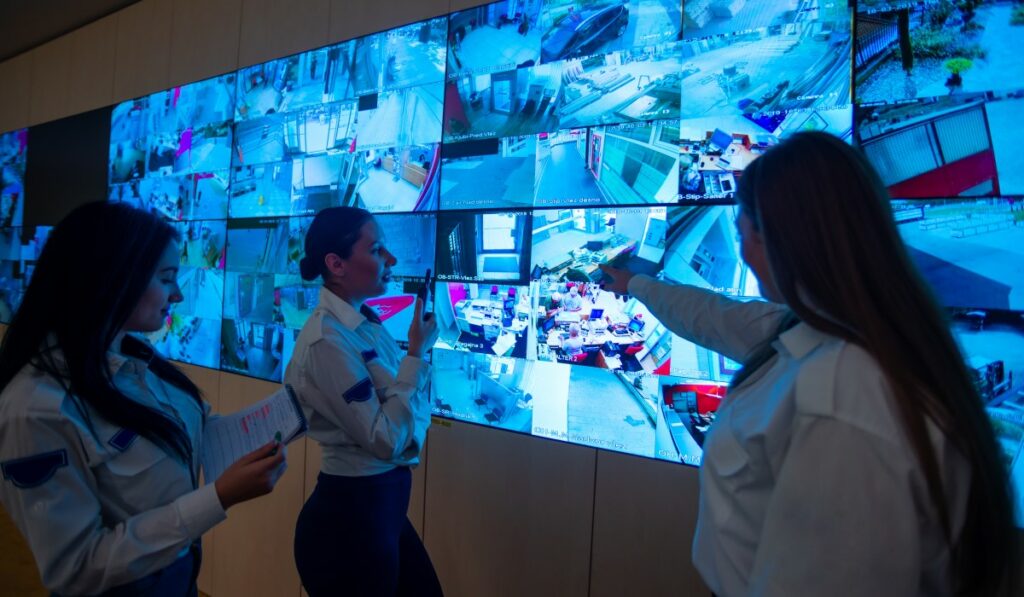 The weakest link in the alarm response process is not the responding agency but the central station operator working to provide quality service with minimal information. For the past few decades, the data received in a monitoring center has been limited to only a customer account and zone number.

The limited amount of reporting data, coupled with current central station processes, no longer provide the level of service that aligns with a customer’s expectations. This disconnect between the professional security companies and the consumer puts the industry at significant risk.

The traditional alarm system generates a recurring revenue model every alarm company has relied on. Even today, a company’s value in acquisition is almost entirely based on their recurring revenue and the contracts that secure them. The security industry depends on the alarm panel and the revenue it creates like the everyday person reveres Steve Jobs for inventing the iPhone.

On the other hand, when a security system provides video monitoring, an operator can immediately access vital information and understand what is happening at the protected premises. This accurate, real-time information is imperative for communicating the situation to the end user or law enforcement in order to trigger a proper, timely response. 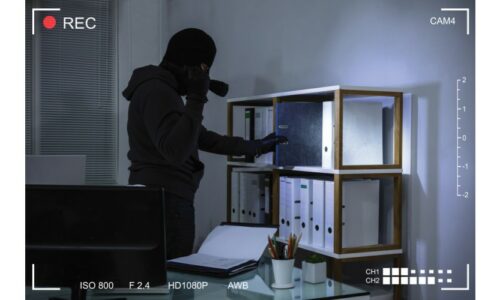 This visibility also allows the monitoring agent to relay information to a client, ultimately resulting in customer satisfaction and increasing rapport for the company. Additionally, with advanced technology and data visualization, false alarms are significantly reduced, and police have renewed confidence in their dispatch prioritization.

The relationship with the customer is more important than ever as competing conglomerates like Google and Amazon have invaded the market. They are looming and capable adversaries equipped with bottomless pockets, cross-platform abilities and brand recognition. These entities have different motives than typical security companies.

Google and Amazon’s main priority is not the revenue from a security contract but the data they can gather from inside the home. They want to monitor consumer habits to understand their customer better, adapt and create custom experiences on other platforms. Many of these systems are also self-installed and only a fraction of the cost of traditional security monitoring.

These systems offer significantly less service than professionally installed solutions. Many of them only send an alert to the end user’s phone when an alarm occurs. However, customer satisfaction is achieved, as the slow response times of law enforcement have led to a fatigued audience that now accepts a phone notification as an adequate level of service.

As industry professionals, we are hired to provide solutions that protect property and life. The only way to properly do this is to welcome emerging video technologies that can communicate to a central station and ultimately safeguard those who put trust in us. Nonetheless, video monitoring does not come without obstacles of its own.

While video surveillance is not foreign to the central station world, this service was very challenging to provide, until recently. Previously, video monitoring solutions would flood the station with unwanted or meaningless events.

Oftentimes, an operator could see thousands of events in a single evening. This number of unnecessary signals considerably impacts the bandwidth of the operator inside the control room. Poor image quality has also deterred companies from implementing this service as it, too, negatively impacts the operator’s response. 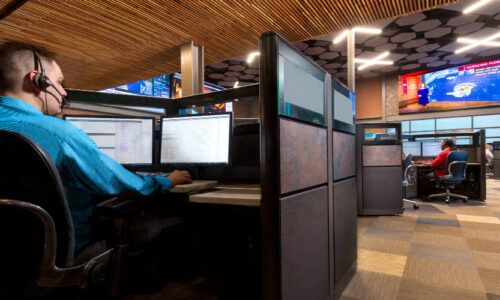 Related: Why the New AVS-01 Alarm Standard Could Be a Gamechanger

Without a clear picture of the event, an operator’s judgement is impaired and their decision-making ability is diminished. Despite the numerous variables that encompass providing video monitoring services, organizations like The Monitoring Association (TMA) and Partnership for Priority Verified Alarm Response (PPVAR, see sidebar below) are currently improving industry standards on how central stations respond correctly.

Additionally, companies that provide artificial intelligence and deep learning technologies to filter unwanted video events are revolutionizing the industry, as we know it. Leveraging these solutions allows a security company to create an effective and reliable video monitoring service, and today it can even be achieved using a customer’s existing cameras and recorder.

With new innovative and effective video solutions, video monitoring is ready for primetime in the security industry. In fact, we are already on the third episode of season two.

Founded in 2012 to promote the value of verification and validation of alarm events during the emergency response process, Partnership for Priority Verified Alarm Response (PPVAR) is comprised of a diverse team representing all interests in the battle against property crime. PPVAR’s stated goal is to collaborate with all members involved in the alarm response process and share best practices, ideas and the information necessary to maximize the effectiveness of all resources to protect customers’ lives and property, as well as first responders’ safety.It’s 14-member 2022 Board includes Security Sales & Integration Editorial Advisory Board member Joey Rao-Russell, president & CEO of Kimberlite Corp. Sonitrol, and Larry Folsom and Tom Nakatani of ADT, who are both featured in this issue’s Police Dispatch Quality Award cover story. Several others PPVAR Board members are also well-known security industry names who have often been featured in SSI.

PPVAR urges security dealers to encourage law enforcement to adopt a policy of higher priority response for verified alarms; and is standing by to show law enforcement how quick and easy implementation can be within their jurisdictions. For more information, Contact PPVAR at communications@ppvar.org or visit PPVAR.org.

Enter Ambarella CV22. The Ambarella CV22 is a chip that truly brings powerful processing to a camera. This chip can process 4K video at 60 frames per second and is currently employed by multiple camera manufacturers today. This chip is used in virtual reality, drones and wearables and is now found in surveillance cameras.

The Ambarella CV22 uses Deep Neural Network (DNN) processing, meaning it operates a form of computer vision on the camera itself. This chip also allows the camera to perform exceptionally well in low-light conditions, which is vital for maximum security. Additionally, this level of processing allows the camera to accurately classify people, animals and vehicles from long distances.

This is merely the forefront of providing detailed intelligence to station operators, ultimately resulting in increased prioritization from law enforcement. Similar technologies create an environment that enables security companies to design, install and monitor systems that satisfy customer expectations.

As a result, companies that are early adopters of evolving technology have the opportunity to preserve and expand the long-term recurring revenue this industry has become accustomed to from the onset of the classic alarm system. Should dealers opt to ignore innovation? In that case, they risk being added to the long list of companies swallowed by competition and modernization, leaving them archaic and just another address in a Cloud-based data collection.

The post How Visual Alarm Verification Is Altering Security for the Better appeared first on Security Sales & Integration.