Nu-Sun Cinema is a nonprofit company based in Winnipeg, Manitoba, Canada. Their goal is to educate people about wildlife, and they hope that by sharing their experiences it will inspire others to learn and appreciate the wonders of nature around them. A current focus of the organization is the declining population of American Kestrel falcons, due in part to loss of habitat.

To help increase the population of these magnificent birds, Nu-Sun Cinema built custom nest boxes. Installing cameras inside the nest boxes would allow for conducting valuable research about breeding pairs and the rearing of their brood.

Observing the falcons’ activities needs to be non-invasive, ensuring the least amount of disruption while providing the viewers the opportunity to collect data regarding their natural behavior. To meet this challenge, Nu-Sun Cinema chose four Vivotek IP surveillance camera solutions to monitor numerous breeding pairs of American Kestrel falcons. 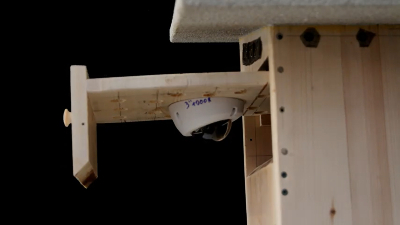 Installing cameras inside nest boxes allows for conducting research about breeding pairs and the rearing of their brood.

According to Nu-Sun Cinema, cameras installed inside the nest box on the top provides the best viewing of the eggs. Typically one egg is laid every second day with an average of 5-7 eggs in a clutch. Knowing the exact number of eggs laid is an important element of study because it provides Nu-Sun Camera with insight about egg viability after hatching has completed.

The top-down view also provides an interesting perspective during incubation since eggs are rolled and placed in various formations by the adults.

Conversely, a camera installed inside the nest box on the side provides an up-close view of the adults as they incubate the eggs for approximately 26-32 days.

Nu-Sun Cinema installed two Vivotek FD8151V compact 1.3-megapixel fixed dome cameras on the inside and side wall of the nests. Throughout this period the temperature inside the nest box can fluctuate several degrees and this viewing advantage provides insight into how the adults control egg temperatures with the position of their body.

With built-in IR illumination, the FD8366-V delivers superior image quality for up to 15 meters in total darkness. This all-in-one camera meets a diverse array of needs for a multitude of outdoor surveillance applications.
“Using the cameras, we monitor when incubation of the eggs start and this enables us to determine an approximate date for hatching,” explains Rick Onskie, owner of Nu-Sun Cinema. “During this period our observations provide data about how the adults share in the incubation. And through the camera’s audio we’re able to hear when the male calls the female from the nest to feed.” 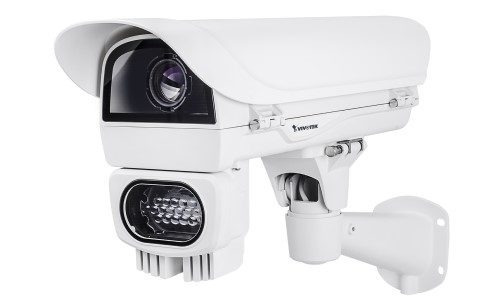 He continues, “Once the eggs have hatched, data for our study is collected about the nestlings. In the first week or so the nestlings are very small and the camera on the side of the nest box is invaluable for observing the care they receive from the parent.”

Onskie adds that with the help of the cameras, throughout the nestling period of approximately 28-31 days they are able to identify the frequency and type of food being feed to the nestlings. As the nestlings develop over the weeks they begin to identify characteristics of the nestlings’ growth. The combination of both cameras provides clear images of their feather development as well as gender markings and coloration.

Having cameras installed in nest boxes over the past seven years has allowed the organization to contribute important statistics toward conservation research about the successful fledging of 25 American Kestrel falcons,” Onskie comments.

“We found installing the cameras to be very easy, and the hardest part was to determine the size of the nest boxes for optimum viewing. As a professional wildlife videographer, the quality of the video, photo captures, and sound are all very good for the price of the cameras,” he continues. “The cameras function well, even in extremely hot temperatures. We have not had any issues with the cameras and have found that Vivotek has been very helpful with any questions we’ve had. We would definitely recommend Vivotek.”