SAN JOSE, Calif. — Vivotek, a manufacturer of IP surveillance products, has added to its catalog through the introduction of its new CC9160-H 2MP network camera.

Vivotek says that its latest product is a compact, low-profile solution that includes Trend Micro IoT Security, and it is available with the companion CC9160-H (HS) height strip. 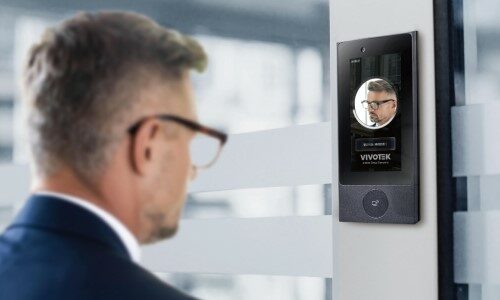 According to the company, the new network camera incorporates a unique mounting design that facilitates easy installations into walls. The new 2MP camera also includes a built-in microphone that is said to increase its level of surveillance through its ability to record sound within distances of a 5-meter (16.4 feet) radius.

The West Coast company also points out the CC9160-H camera is ideally located at a height of 170cm (5.5 feet) to support the height strips ability to capture clear facial images at eye level, including scenarios in which someone is wearing a hood. Vivotek states the companion CC9160-H height strip comes in a black housing and an optional all-black panel.