“Pathr.ai is partnering with Vivotek to deliver spatial intelligence solutions to companies who already leverage Vivotek cameras inside their physical spaces,” says David Liu, president of Vivotek USA. “This partnership allows Pathr.ai to engage with Vivotek on customer cross-sell opportunities, including adding value to existing camera installations with Pathr.ai use cases and prioritizing additional Vivotek cameras to support Pathr.ai enabled use cases.”

Its AI-powered technology integrates with existing infrastructure, such as security cameras, and deploys actionable analytics at scale to capture human behavior inside physical locations, enabling companies to drive the business results that matter most to their growth — often delivering a 10x or greater return on investment, according to the company.

“Allowing companies to leverage their existing camera infrastructure while gaining actionable business insights into how people move inside their spaces enables them to drive the business results they’re after,” says George Shaw, CEO and founder of Pathr.ai. “We are thrilled to partner with Vivotek and add their expertise in surveillance camera solutions as we scale our spatial intelligence platform with our existing and new customer base.” 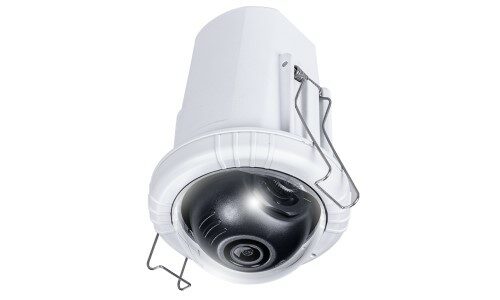 From a technical standpoint, Pathr.ai is able to offload its AI capabilities to the Vivotek cameras that already support them, enabling greater compute savings, according to the announcement. This integration will allow Pathr.ai to scale its solution to millions of locations while maintaining significant compute savings, the companies add.

Key Pathr.ai use cases include:

Through this technical integration, Pathr.ai is able to run its AI capabilities on Vivotek cameras, improving its CPU and memory usage.

“Deploying AI software at the edge requires significant compute,” says Zoë Cayetano, head of product at Pathr.ai. “In partnership with Vivotek, Pathr.ai is now able to leverage the compute already available on the Vivotek cameras, reducing the cost of deployment and increasing customers’ ROI. Partnerships like this are how spatial intelligence will scale to millions of locations.”