SEATTLE — Wyze, which has quickly become known for its affordable DIY security cameras, is the latest DIY provider to offer a pro monitoring option.

The Wyze Home Monitoring solution consists of professional monitoring powered by Noonlight and a TMA 5-Diamond certified monitoring company that routes vital information to 911 dispatchers, according to the company.

The solution also includes contact and motion sensors, as well as a hub and keypad. The sensors are updated versions of the ones that appeared in last year’s $50 kit, which consisted of a PIR motion sensor, two contact sensors and the Wyze Bridge that plugged directly into the back of the Wyze Cam.

The new package does not come with any of Wyze’s growing range of security cameras, however, they all will integrate with the home monitoring solution.

The most eye-popping aspect of this solution is the price of monitoring, which is $5 per month or $60 for a year. Users can get the hardware for free when signing up for a year, otherwise they will have to shell out another $50 for it. 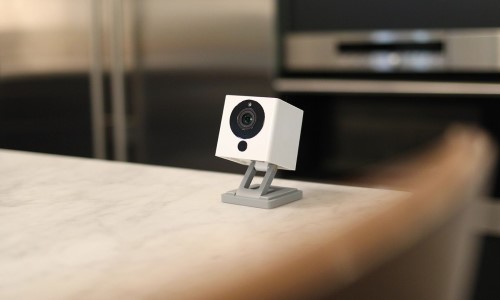 This by far the cheapest monitoring option out there. Ring used to offer the most affordable rate at $10 a month. SimpliSafe’s cheapest plan comes in at $15 a month.

While the price of monitoring is obviously appealing, there isn’t anything special about the hardware. The hub has a battery backup but only runs on WiFi — no cellular backup.

Since launching its first security camera, Wyze has branched out and released a variety of smart home products, including a robot vacuum, sprinkler controller, scale and smartwatch among other devices — all at super affordable prices.

The company’s cameras have received largely positive reviews from users and tech blogs, while the rest of its lineup has had a bit more of a mixed reaction, so it will be interesting to see how this latest solution fares.

You can take a closer look at the new Wyze Home Monitoring solution in the video below.